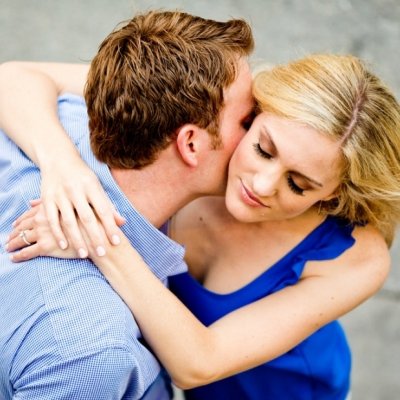 One of the reasons to date a quiet guy is that they are often very sweet characters. Some extrovert men are more interested in themselves than they are in you. A quiet guy is more likely to want to know about you and talk about the things that you're interested in. He'll probably make more effort to do nice things for you.

A quiet guy listens to what you have to say - he's not too busy talking about himself! The conversation will never revolve around him and his interests. You might have to coax him to start talking, but once he becomes more comfortable he'll be more interesting to talk to than a louder guy who isn't really interested in anything you say.

Dating a quiet guy is a relaxing experience. You won't get the roller coaster ride that can be life with an extrovert, but that can be a very good thing. Outgoing guys can be absolutely exhausting! You'll also be less worried about other girls making a play for him - they'll be too busy chasing the louder guys who attract attention.

They say that opposites attract, but does it make for a good relationship? Two introverts can get along well, but two extroverts in a relationship can be exhausting! If you're more outgoing yourself, a quiet guy may be a good match for you, as he'll have a personality type that complements your own rather than competing with it.

Quiet guys can be a lot more interesting once you get to know them. I've met outgoing guys who seem like great company, but don't really have much interest in you as a person. They can be rather more superficial, which is fine if you want a social companion, but not so hot when you're looking for a relationship that lasts.

Louder guys can attract a lot of interest from other women. Think of how the peacock attracts a mate - he shows off his colorful feathers, not hides in the background! So the quiet guys can be overlooked just because they don't have the colorful plumage. If you spot one, maybe you should snap him up before someone else realizes what a great guy he is!

7. Loudness Can Be off-Putting

An extrovert nature isn't bad in itself, but a guy who's too loud and boisterous can be off-putting. It can feel as though he never stops talking! His quieter counterpart, on the other hand, is more relaxing to be around. He won't embarrass you with his over-the-top antics.

Ultimately, what's most important is that a guy shares your values and treats you well. Being outgoing doesn't necessarily make him a poor prospect as a boyfriend. But don't dismiss the quiet guys just because they don't compete for your attention; they may well be fabulous partner material. What are your essential criteria in a partner?