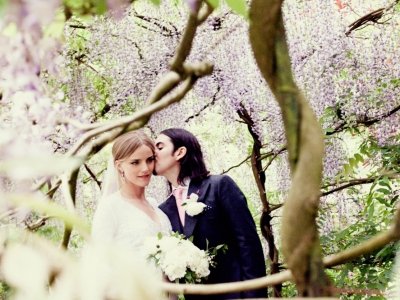 I don't have time for all that marriage stuff. There are too many things I want to accomplish in my life first. Maybe after I've reached my career goals, I'll have time to consider the idea of becoming a wife. I can still live a very fulfilling, successful life, without sacrificing my career in order to marry and raise a family. This is a perfectly plausible reason why it's okay to not want to get married.

I simply cannot imagine the thought of spending the rest of my life with only one lover. This does not mean I intend to be promiscuous, but a lifetime of forced monogamy sounds oppressive. What happens if my husband stops satisfying me? The thought of having that "ball and chain" wrapped around my ankle just doesn't sound appealing. Rather than suffer in silence or cheat, I prefer to avoid marriage, altogether.

Although I am a heterosexual woman, I refuse to legally wed until everyone has the right to get married. Unless marriage equality becomes legal in all 50 states, I do not feel good about doing it, myself. Why should I have the right to marry, while others do not? This stance may even mean that I never have the chance to get married. However, it's worth it to support the cause.

If I decide to part ways with my boyfriend, breaking up is much easier than dealing with a messy divorce. Without all those legal hoops to jump through, I can just make a clean break. Why enter into a legal contract with someone if I don't have to? It makes more sense to just live with my boyfriend, experiencing life like any other couple. This way, I won't need to sign my life away.

I have issues and I know it. Why should I drag all of my mental and emotional baggage into a marriage? Since my past relationships didn't work out, who's to say it will be any different this time? Although I might be madly in love with someone right now, in the back of my mind, I know the honeymoon has to end sometime. Getting married makes it much more complicated.

As a little girl, I didn't always want to share my toys with the other kids. Yes, I'm selfish and I admit it. I just don't get excited at the idea of sharing my living space with a messy husband. I've worked hard to create a comfortable home for myself, and I would like to keep it that way. Some may call this a character flaw, but at least I know this about myself before I make the mistake of getting married.

When I was a teenager, naturally, my parents wanted to know my whereabouts at all times. Since then, I have lived on my own for a long time. I cannot fathom the thought of constantly checking in with a spouse. I have been a free woman for too long to revert back to my adolescent years. Getting married would interfere with my independence.

Although marriage works out fine for some women, others want to travel down a different path in life. There is no reason to feel abnormal about forgoing marriage. What is your main reason for not getting married?