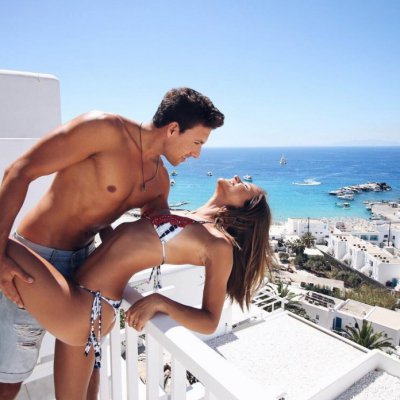 Some people don't have a problem committing to a relationship. After meeting someone they like, they’re eager to being a monogamous relationship. Commitment, on the other hand, is a challenge for others. And if you're having a hard time getting your guy (or gal) to commit to a relationship, here are seven reasons why he might drag his feet.

1. He’s Not Ready for the Next Step

When some people hear the word commitment, they immediately fast forward to the future and envision engagements, weddings and children. This is too much for some people to fathom at this point in their lives. To avoid thinking about the future, some men and women take their time and fear committing to a relationship.

Some men and women have a hard time committing to a relationship if they also like another person. This other person might be in another relationship or unavailable at the time. Although your partner cares for you and has a good time with you, he might feel torn and can't decide who he wants to be with.

Then again, maybe he doesn't have his eye on anyone in particular. Rather, he enjoys going out and meeting different female and getting to know them on a personal level. He might shy away from commitment if he’s not ready to stop dating other people.

4. He’s Focused on His Priorities

Building a strong relationship takes time and effort. If a guy is focused on his goals or other priorities, such as finishing school or building a business, he might feel commitment is something he can't handle at present. He's okay with talking on the phone and going on a few dates, but as far as having an actual girlfriend, he might feel he doesn’t have time to give you the attention you deserve.

5. He’s Afraid of Getting Hurt

If he's been hurt in the past, commitment might be the last thing on his mind. He may fear going through the same situation again and being vulnerable. This doesn't mean he will never commit, but it might take him some time to heal and trust again. Be patient.

6. He Doesn’t Want to Be the First of His Friends

Your boyfriend might also have a hard time committing to a relationship if none of his friends are in a committed relationship. He might enjoy hanging out with his friends whenever he likes without having to check in with someone. And depending on his group of friends, his peers might give him a hard time about getting too serious with someone, which could make him uncomfortable, causing him to shy away from a commitment.

7. There’s Too Much Pressure

You can't force someone to commit to a relationship. Therefore, nagging or constantly bugging your boyfriend about the issue can backfire. He might hate having the idea shoved down his throat. You can mention your desire to be in a committed relationship, but he’ll only commit when he's ready.

Getting your boyfriend or girlfriend to the next level can be tough, especially if they have a fear of commitment. But if you're patient and give your partner time, he or she might come around. Can you think of other reasons why someone doesn't want to commit?