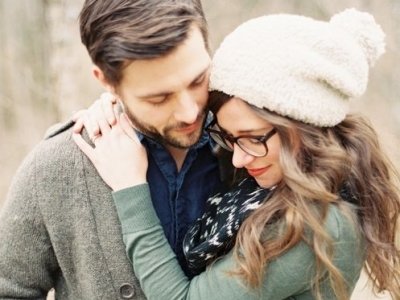 Listen up guys because I am going to share with you some secrets about dating that only women know. If your dating scenarios always end up a mess and you can never get beyond the first or second date, even if you know you are perfect for each other, you must be doing something wrong. Having a few insider tips is not going to hurt is it? Getting the lowdown on some of the secrets about dating that only women know may well turn you from a dating disaster to a dating dream.

1. He is Flirting with Her but the Other Guys Think He is Being a Jerk

This is a really great one and is one of the secrets about dating that only women know. It is like a superpower that even the most perceptive men cannot tap into. Other men may even get aggressive and try to defend the woman, but she does not want defending. The “jerk” will say she needs to pay to get a guy to like her. She will see he is flirting, and the surrounding women will understand what is happening, but the men in the room will try to comfort the woman and tell her she is pretty and that he is a jerk.

2. The Woman is the One Who Chooses

Some women do not know this one which is a pity, but all women have the power and all women do the choosing. A woman chooses to let a man flirt with her, and chooses to let him within meters of her (in dating scenarios). It is a frightening thing because it means all men are helpless. The only upside for men is that billions of women do not know they have this sort of power, so they may make the woman chase them. It is the equivalent of dog convincing a cat to chase it.

3. Women like Jerks Because Some of Their Qualities Are Attractive

Jerks often have good qualities such as being a leader, an evoker of emotions, dominant, assertive, independent, in control, untamable, and confident. It is just a shame that jerks are often tied with too many bad traits such as being emotionally and psychotically immature. They are often domineering, co-dependent, selfish, arrogant, aggressive, an argument causer, very poor planners, not forward thinking, directionless and are often very controlling. But they still hook themselves some very pretty fishes don’t they?

This is another one of those fun secrets about dating that only women know. Men seem to go to so much trouble to make it appear as if they are not hitting on a woman. Almost all of the time a woman can see through it unless she is particularly naive (the 20% factor).

5. He’s a Creep! Get Away Quickly and Quietly

Many men are mystified as to why women cannot get away from them fast enough. There are many men who have had women excuse themselves to go to bathroom and the woman never returns. Women have “creep radar” and we often feel sorry for the women who are fooled by the creep.

6. Women Know when Men Are Just Trying to Get Their Attention

Men have insidious little ways of getting female attention, from playing for sympathy, attention seeking behavior, bragging, picking on people, showing off, being overly helpful, trying to be a friend, I can go on … There are hundreds of ways that men try to get a woman’s attention, and most times the woman is well aware of what is happening. A few men are able to make women think they want to be “just friends”, but a woman who believes that is either naive or is so unattractive that men really do only want to be friends with her (because it beats being anything else).

Women are just like men, and they want to have no strings fun from time to time, but men seem to have this pre-set notion that women are mostly innocent and that it is their attractive powers that brought her to his bed. This is why most men do not like hearing how many men a woman has truly been to bed with. If a woman were to tell a man that her ex boyfriends have naked pictures (or video) of her, he would feel physically sick because it never occurred to him, even though he has probably had sexy pictures of his previous girlfriends at some point. Women know what women are like because as the song goes, “Girls just wanna have fun.”

Some men fail at the dating game because they try too hard. Others fail because they suck at chatting up or at picking out the right woman to ask out. Understand some of these secrets about dating that only women know (until now anyway!) and get back out there with a new game plan. Have you ever had an inkling that women had these dating secrets?