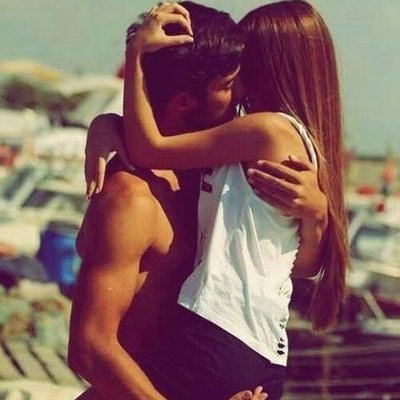 Ally was standing backstage with me, waiting for the famous Dean Days to approach us, and she still wasn't happy.

"You wouldn't have even been here if I didn't invite you," she whined. "You don't even like him."

"He already knows how I feel about his music," I said.

That just set her off more. "Yeah, you insulted him to his face at your stupid bookstore and he still likes you?" She puffed out air. "I guess it's so easy for him to get girls that he's learned to prefer a challenge. Not that you're actually a challenge. I can tell you like him, too."

Before I could defend myself, or explain how he didn't actually like me, he walked inside. He had changed out of the skimpy outfit he'd been wearing onstage. Now, he had on a navy hoodie and jeans.

"Hey, ladies," he said, walking right up to Ally and placing a kiss on the back of her hand. "It's nice to finally meet you."

As soon as she saw him, her entire attitude changed. She dropped right back into fangirl mode.

"I love your album," she said. "It's the best thing on the radio. Of course, I listened to you before you were on the radio. Not to sound like a hipster or anything."

They chatted for at least fifteen minutes about songs I didn't know and other bands I'd never heard of while I scrolled down my phone. Then (thank goodness) his drummer came over and started hitting on her. After fifteen more minuets, she scurried away with him.

"Did you tell him to drag her away?" I asked, clicking my tongue.

"You think I want you alone that badly?" He showed off his trademark smirk. "You think pretty highly of yourself."

I don't know how the next part happened--he might've went in for a hug and lingered, or I might've touched his arm after he told a joke--but no more than five minutes after Ally had left the room, Dean's hands were on my hips. His lips were against my neck. His fingers were tangled up with mine.

He didn't want any paparazzi to snap shots of the two of us, so he led me to his trailer. Cleaner than I expected, with books on his desk and black and white art pieces on the wall.

"I don't want you to do anything you're uncomfortable with," he said as I kissed up his jawline.

"That's not very rockstar of you," I joked, wondering how many other girls would kill to be in my position. Literally.

I silenced him with my lips. For countless minutes, our tongues danced with other until our hips begged for attention. Then we grinded against each other, pushing our bodies as close as they could physically go.

After that, our clothes came off. First our shoes, then our shirts, and then the rest of it. And the rest felt amazing.

After we finished, he zipped his hoodie up while saying, "I'm leaving tomorrow. But the next concert is only a state over. If you want, I could drive back over here to--"

"Ally would kill me. Even this is too much. If she found out about this... There's no way I'm telling her."

"Then don't tell her about me visiting, either," he said, only half-joking.

I didn't want him to think I hooked up with him, just because he was a rockstar and I wanted bragging rights. But even if he did, what was the difference? Like Ally said, he only liked me, because he wrongly assumed I'd be a challenge. Now I was just like every other girl who threw herself at him. A nameless face in the crowd. He'd forget about me in a day.

That's why I didn't feel bad when I adjusted my outfit, brushed down my hair, and went to find Ally.

Ally was in the driver's seat, I was in the passenger seat, and her dog was sitting in the back with his head between our seats.

We had the radio on, but it wasn't playing any music. The presenter was yammering on about an interview he was about to do with Dean Days: "Before we hear his new single, let's hear from the man himself."

"Uck it's so embarrassing. I can't believe I used to like him. So gross," Ally said, and I shushed her. "Well, looks like you still do."

I didn't reply. I was too busy listening to Dean say, "This song is about a girl, one I barely know." He paused. "You know when you like someone, and you have no idea what their favorite color is or what their parents names are, but you're still utterly obsessed with the thought of them? And everyone tells that you're shallow. That it's lust. That you just like their looks. But that's not it. There's something deeper there that's impossible to explain. Have you ever felt that?"

The radio presenter gave some witty remark about how his wife wouldn't be happy if he said yes, and then the song started playing:

By the time the song ended, my entire body was shaking. I could deny it was about me all I wanted, but every line said the opposite.

"You know," Ally said, pursing her lips. "I got an email from TicketMaster the other day. He'll be playing in our town soon."

"Yeah well, I forced you to go to his concert when you didn't like him. So I think I owe you one."

"Yeah," I said, imaging how amazing it would feel to press my lips against his skin again. "I guess you do."

** That's the end of this little series! Hope you enjoyed it! **