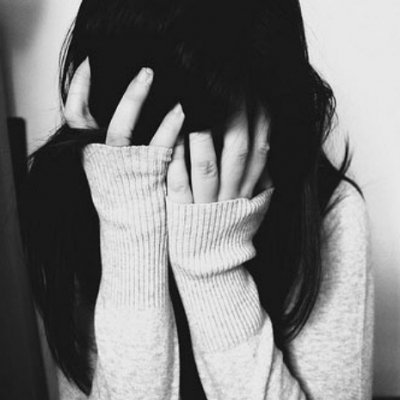 My mother worked three jobs to pay the bills and my father had died when I was in single digits. That's why, on the Christmas I turned thirteen, I was baffled to find a pair of Computerized Contacts beneath the tree.

They were the hottest new technology. Slip them into your eyes and they would play a movie on a loop, right there in front of you, like you were watching a live play. The one my mom bought for me was about a girl named Lena who was trying to seduce her best male friend during prom.

As soon as I unwrapped the box, I popped the contacts into my eyes. I activated the device by blinking the word “ON” in Morse code (the instructions came in a little booklet inside of the box). It only took three long blinks, a pause, another long blink and a final short blink to get the program to function.

When my eyes opened, a woman in a puffy prom dress stood at the foot of the couch, her blue and green hair sticking out from her messy bun like a peacock. Her best friend, a boy with flannel shirt instead of a suit and a neck scarf instead of a bowtie, was watching her spin around in it.

They were holograms, but they resembled solid people. They looked just as real as my mom or my cat. That was the selling point of the product. It turned any room into a stage. Instead of seeing a couple from a Hollywood set on my TV screen, I could see a couple in my very own room. The definition of 3D.

Of course, like anything fun, the contacts came with a warning. They were only good for ten uses. Otherwise, there could be side effects, like headaches, heartburn, and hallucinations. That meant I could only watch the movie ten times before I had to throw the contacts out.

But my mom would never be able to afford another pair for me. It would be rude for me to even ask her for them. So I wore the same pair every night until I turned eighteen.

“I thought your mom wanted to see you today,” Lena said, sitting cross-legged at my father’s grave. We held a two-person picnic there every Sunday, but she never actually ate any of the food I packed.

“Not until later tonight.” I plucked out a piece of grass and rolled it between my fingers. “But I already know what she's going to say. She wants to try to convince me to start seeing a therapist again.”

“She hates me that much, huh?"

Up until a few months ago, I’d been using the same pair of Computerized Contacts night after night and the glitches grew worse each time. After five years of using them, the secondary characters in the story, like Lena's best friend with the scarf, disappeared completely.

Lena was the only one left, but I didn't even need my contacts in to see her. She stayed by my side at school, at work, and at the dinner table. She was a part of me. My best friend.

But my mother called her an imaginary friend. My classmates called me weird. The doctors called me crazy.

They all wanted to fix me. They didn't understand that I was happy. That it was nice to have someone to talk to. That Lena made me feel more confident, less alone. She was healthy for me.

Except, she wasn't. She made me lose the job I had, because my boss caught me "talking to myself" and scaring off the customers. She made me lose my friends, because she convinced me that they hated me, and that I didn't need them, anyway.

She made it impossible to live my life.

"What are you talking about?" Her eyes rolled. "There's nothing wrong with you. You're not a freak, like everyone says."

We had the same conversation plenty of times before, but I usually gave in and let her stay. It was easier that way.

But I couldn't put my life on hold anymore. I needed to do something. So I stood up, walked back to my house, and let my mother drive me to my new therapist.

** That's the end of the story! Hope you liked it! And remember, if you need help in any way, don't hesitate to talk to someone about it!**