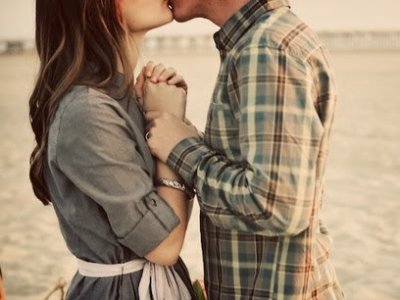 One of the most important signs it’s time to let go of a relationship is if you’re not happy. In the end, your happiness should come first, unless there are children involved. If you’re not happy and can get out of the relationship without any strings attached, it’s best for you to do so!

2. You Don’t Want to Be around Your Significant Other

If it becomes more and more obvious that you’d rather spend time with your friends than with your significant other, it’s time to let go. Of course, space is good and necessary, but if it gets to the point where you truly do not want to be around that person, a break-up is imminent.

3. You Don’t Care about Your Future Together

Whether it’s just one of you who doesn’t care about your future together, or both, ignoring the future is a sure sign that you’ll be ending soon. Maybe you simply have different goals for your futures, and if they don’t line up it may be time to let go. It may seem like a petty reason to end things, but if you don’t see a future with someone, why are you wasting the present with them as well?

4. He’s Not Who You Thought He Was

In the end, it comes down to you. You will know when the relationship is over. You won’t need a list of reasons why, because you’ll feel it. You’ll have a gut feeling that it’s time to end things. It won’t be easy to end things, but it will be easy to know when it’s time.

Are you struggling to end a relationship? Have you in the past? What were your telltale signs that it was time to end things? Was there a specific moment? Let me know in the comments!