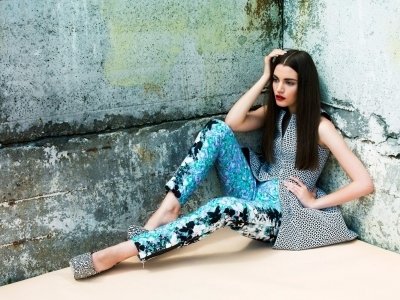 It's very easy to miss the signs it's time to move on from a relationship. I'm a firm believer in trying to work things out, but sometimes this isn't possible. Perhaps we stay for the sex, because it's “familiar” or perhaps we just don't want to be alone. Even so, it's not fair to either person to be in a relationship you don't feel right in. Hopefully you won't need them, but here are some of the signs it's time to move on

1. One of You Doesn't Want It to Work

A good friend of mine is going through a divorce. They were going to therapy to try to work things out, but it became obvious to him that it wasn't going to work because she didn't seem to want it to. As far as she was concerned, it was over and their only connection would be their kids. This kind of indifference toward your relationship is one of the biggest signs it's time to move on. If you go to couples therapy, you need to go into it with the assumption that it's going to help; otherwise, you're just wasting your time.

2. You Find Yourself Looking Elsewhere

I'm not talking about noticing good-looking men; drooling over Patrick Dempsey's hair or Jesse Williams' eyes during “Grey's Anatomy” is going to happen. It just is. :) I'm talking about entertaining ideas of being with someone else. If you find yourself making excuses to see the cute guy next door or waxing romantic with that sweet guy you met online, take notice.

It's not uncommon for a long-term relationship to become “stale”. We often think that, once we have a ring on our fingers, we don't need to try anymore. That's not true. However, is this something you are willing to acknowledge and work on? Is there any way you can rekindle the “spark”? Is there anything left *to* spark? If not, that's a problem. You should at least have some positive feelings for each other.

4. You Don't Enjoy Being Together Anymore

Do you enjoy his company? Do you find yourself avoiding his calls or making excuses not to meet him? I'm not saying you should want to be with him all the time; sometimes even happy people need time to recharge. Maybe you don't want to be together as much as you were in the beginning, but you should enjoy what time you do have. If you don't, ask yourself why. If your relationship has run its course, move on.

5. Your Friends and Family Keep Telling You This

I know I've said this before, but there's a reason-people on the outside of a relationship might see things the people in it won't. That's just a fact. I'd probably consider this along with the other signs but, if your friends can't stand him and your normally-sweet dog tries to bite him (true story), take the hint.

6. You're Not the Same Person

I'm not talking about the normal changing as we move through life. However, is he even *recognizable*? Are you? I'm sorry, but it's not normal for an easygoing person to become bossy or a considerate person to become rude and selfish. If he's not the person you fell for and there are no ways to get back to that, it's time to move on.

Your relationship shouldn't mirror a “Clash” song; “should I stay or should I go?” If you feel the latter more often than the former, this is a problem. In fact, you shouldn't even have to ask this question. If you do, move on.

Like I said, it's not always easy to tell when it's time to move on from a relationship. Even if the signs are there, it does no good if we don't want to see them. How about you? Have you ever been in this position? Do you have any advice for us?