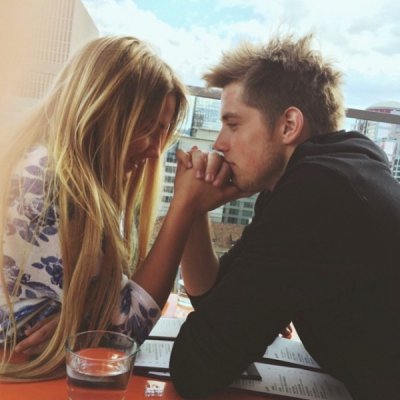 "I love you" shouldn't come out of your mouth until you're 100% sure that you feel the emotion. You don't want to lead your boyfriend on or give him false hope. Even though some people toss those words around like they're nothing, you should be one of the few who bring meaning back into the phrase. In order to do that, here are a few signs that it's actually time for you to say those three little words:

1 He Makes You Happier than You've Ever Been

The love of your life will make you understand why Taylor Swift sings so many love songs. When you're side-by-side with him, you'll be happier than you've ever been, even if you're doing something as boring as strolling through the supermarket. He makes you happy, no matter where you two are.

2 You Don't Think It'll Scare Him off

Even if you know that you're in love, you shouldn't say the words if you think they're going to scare him away. After all, if you're in love with him, you'll want him to stick around for as long as humanly possible. That means you might have to hold off on spilling your emotions until you know he's comfortable with commitment--or maybe you should just wait for him to say those words first.

3 You Can't Imagine Breaking up

Even if there are a few reasons why you and your partner should break up, you can't imagine living life without him. He's such a big part of your life that you have no intention of ever splitting with him. You know that you two are together for the long run, because nothing in life would ever be able to separate you two.

Actions speak louder than words. Even if you two have never said the words, you might've implied that you loved each other by swapping house keys or by inviting each other to weddings. If you've both implied your love already, then you might as well be brave and finally say those words aloud! After all, he already knows how you feel.

5 You're a Real Team

In a healthy relationship, both parties act as teammates. That means that he respects you and views you as his equal. After all, love isn't about superiority. It's about viewing the other person as your partner in every sense of the word.

6 You're Completely Comfortable with Him

When you're in love, even the silences will feel comfortable. You won't mind acting silly in front of him and you won't mind having serious conversations with him. Whatever the occasion is, you're comfortable around him, because he's your very best friend.

7 You Know You Feel It

Love and lust are two completely different emotions. You might not realize it yet, but once you legitimately fall in love, you'll notice a major change. You won't question whether or not you're with the right person for you, because you'll know that it's a fact. Pretty soon, you won't be able to hold back those feelings anymore, and you'll say "I love you" whether you want to or not.

Your boyfriend deserves to know how much you care about him, so if you know you're madly in love, don't be afraid to shout it from the rooftops! Were you or your partner the first to say those three little words?