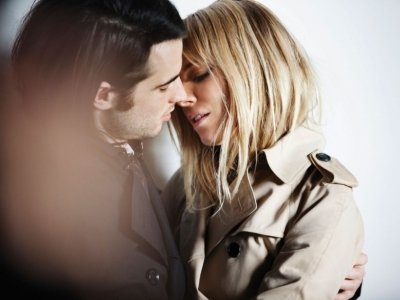 The most obvious sign that you should lower your dating standards is if you have a lengthy list of requirements for the ideal mate. I had a small list of standards, but they would have fit on a small index card with plenty of room leftover. My list included being responsible, making me laugh, being honest, respecting me and not smelling funky. My friend on the other hand spent over 30 minutes listing what every prospective guy had to live up to if he wanted to date her. No one is perfect and the never ending list just eliminates the right person.

I don't think it's fair to ask a guy or a girl to live up to standards you can't meet yourself. For instance, if you want a guy with six-pack abs, you should be willing to work out and be fit yourself. I never expected more out of a guy than I would of myself. After all, you're looking for a partner in life. If one person is expected to be perfect, it'll strain the relationship. Look for someone that's your equal, not some unrealistic person on a pedestal.

3. Make Demands on the First Date

While I think it's a great idea to ask a guy whether he's looking for something serious or casual on a first date, it's not the time to start pushing for marriage, kids and a future together. If you find yourself making demands in the first few hours, it's time to lower your standards. It's not your place to tell your date that he needs to get a better job, drive a more expensive car or exercise more as soon as you meet. Dating isn't about changing someone to meet what you want; it's about finding someone that loves you for who you are and vice versa.

We're all guilty of having that dream guy image in our minds. I did it too. Rarely did I ever actually date someone with those features. While your mind may have an ideal image in mind, your future significant other may not look anything like that. My friend actually dumped a guy because he had a 36 inch waist instead of a 32 inch and his hair was straight instead of curly. Have some wiggle room in the looks department or love might just pass you by.

I hate to see women lower their standards and accept jerks instead of holding out for a decent guy. However, I also hate seeing women who expect their dates to treat them like a queen while they're rude and disrespectful. Do you turn away guys that won't wait on you hand and foot? Do you make him feel bad if a meal or gift isn't expensive enough? You may just have a queen complex. Give a guy a break and lower your standards to accept guys who are polite, respectful and honest instead of asking him to be your slave.

I couldn't believe how many of my friends wouldn't even consider dating a guy unless he made a certain amount of money. I'm not saying you should lower your standards to the point where the guy is a complete bum, but money isn't everything. Love isn't about having the biggest house in the richest neighborhood or going on extravagant trips all the time. If I want expensive things, I can work and buy them myself. Date a guy for who he is, not how much he makes.

7. Living in the Movies

Odds are, you're not going to find Channing Tatum's long lost twin. I know that TV and movie characters aren't real, but some women don't. They're designed to seem flawless and dreamy. Real people just aren't like that. If your list of dating standards looks more like a romance movie lead casting call, it might be time to tone it down a bit. What is it you like most about those characters? Look for those qualities and not an exact replica.

Your date doesn't just magically fall from the sky with no previous friends, family or hobbies. The guy has a life and he's still going to have that life after he meets you. Some women expect men to drop everything for them. For instance, I watched several women dump great guys simply because they wanted to hang out with their guy friends once a week. Don't expect guys to suddenly leave their life behind and be at your beck and call. Dating and eventually relationships equal compromise and a meshing of lives.

9. He Should Just Know

Guys aren't mind readers. I'm guilty of expecting my guy to know when I'm mad, even if I'm not showing any signs. I've heard women talk about how their dates didn't take them where they wanted. I asked them if they told him they preferred a certain restaurant or movie and I was shocked to hear them say that he should have known. Just because a guy is interested, it doesn't mean he knows everything about you. Cross off mind-reading on your standards list and just tell the guy what's on your mind.

Expecting too much from potential mates will drastically limit your options. I can't believe the ridiculous standards some women have. Keep it simple and just look for decent guys that you're attracted to. Are your unrealistic standards pushing dates away?