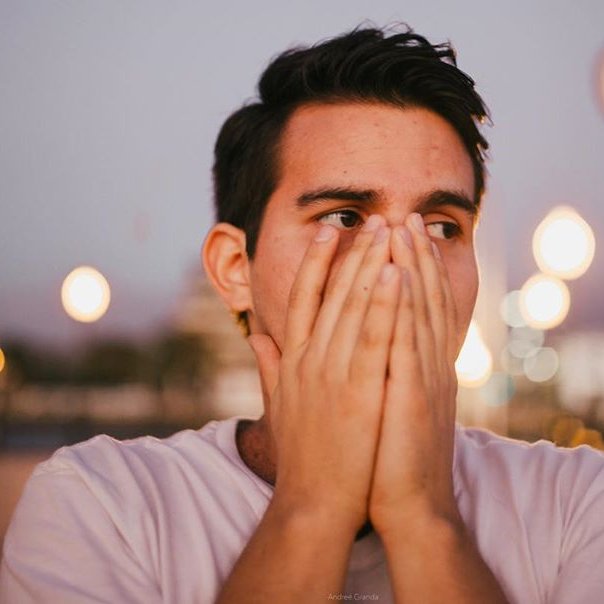 1. He Calls You Buddy

Of course, if a guy has a crush on you, he might have a ton of nicknames for you, but if he constantly is calling you a buddy or a friend and nothing more, that is one of the signs he sees you as just a friend. If he has a special nickname for you though, it could mean that he likes you as more than a friend!

2. You Always Initiate Everything

Do you find that you always have to initiate everything with your BFF? Do you have to constantly call him, touch him and flirt with him? This is absolutely one of the signs he sees you as just a friend. If you have to be the one that is reaching out, watch out, ladies!

3. You Never Get Alone with Him

Is there always a third or fourth wheel around when your crush is around? Does he want a group of your friends around instead of just the two of you, every time you hang out? It could be one of the top signs he sees you as just a friend.

4. He Sets You up with Other Men

One red flag that you should watch out for is if your BFF is setting you up with other guys. Does he want to pawn you off on his friends or even with complete strangers? It's a sign, ladies! Watch out for it!

5. Constantly Talks about Girls He Likes

Guys typically talk about girls that they like to their friends, so if he is bringing up one or two girls that he has a crush on, it's a sign he sees you as just a friend. After all, don't you talk about your crush with your best girlfriends?

6. He Let's You Sleep over, Just to Sleep

So your guy friend lets you sleep over, right? Does he just let you sleep? That's the key, ladies. If he doesn't try to make a move on you, it's definitely one of the signs he sees you as just a friend.

7. He Never Lets Anything Happen

If he lets you sleep over and doesn't try anything, does he try anything while you're awake? If he doesn't even try to make a single move, it's absolutely one of the signs he sees you as just a friend. After all, wouldn't you want to kiss your crush if you could?

8. He Never Gets Jealous

Jealousy isn't normally something you should look for in someone. But, if your crush hears you talk about other guys or even hang out with them and doesn't even bat an eye, there's a pretty good chance he only sees you as a friend.

9. He Takes Forever to Respond

Most people keep their phones close by and respond to texts, phone calls and emails within a reasonable amount of time. If your crush takes days to answer a simple text or you have a hard time getting him to call you back, his attention is probably elsewhere.

10. He Doesn't Try to Get to Know You Better

When you have a crush on someone, it's normal to want to know things about that person. If your crush doesn't ask you many questions about yourself aside from the on-the-surface stuff, he might not be interested.

11. He Talks to You Casually

Does he treat you like one of the guys? Is there no difference between how he interacts with you and all of his other friends? That might be because that's exactly how he sees you! If you liked someone, you would talk to them differently and probably make an effort to make you feel special.

We all get busy with our lives sometimes, but we always make time for the important people in our lives. Do you frequently ask your crush to hang out with you, but he always asks for a rain check? He might not think much of it since he sees you as a friend.

We can't help who we fall for, but we don't have spend our time crushing over someone who isn't into us! If your gut is telling you that this guy might not be into you and is telling you to move on, it might be a good idea to listen!