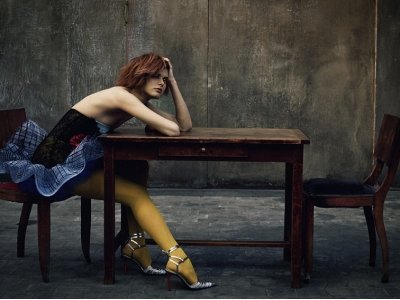 Your intuition is speaking to you and your gut instincts are gnawing away, but just what are the signs your man is telling lies? How do you go from intuition to deciding if you need to push on to discovering if there is a reason to your feelings of there being something “not quite right”? How do you spot lies coming from your male lover, or the guy you’ve recently started dating? There’s no science to this, and there’s nothing conclusive, but here are some signs your man is telling lies.

1. Know That There is No One Sign or Cluster of Signs to Detect Lies

There are no clear signs a man is telling lies (or even a woman). If it were as cut and dry as detecting signs then no law enforcement group would ever be deceived. What you first have to do is clear your mind of all you “think” you know about lie detection. There are no signs, no eyes darting to one side, no scratching of nose that indicates lies. You have to look at the bigger picture. Are his tightly crossed arms that way because he is lying? Or is he cold? Does he usually stand like that? Have you seen him stand like that when being shouted at by his mother? You need to examine a whole scenario and not just single actions or words.

He also believes in lie detection myths and will try to use them. He may do things such as looking you in the eyes, showing his palms, not fidgeting or breaking his gaze. If he does this the first time then he has anticipated your question (which should arouse your suspicion). If he is doing it on subsequent occasions after you have asked more than once then it is meaningless because he is simply trying to make you believe his first answer.

3. He Diverts with an Honest Answer

This trick is where a man tells you an honest answer without answering your own. “Have you seen your secretary today?” and he replies, “She didn’t come to work today.” Supposing that she didn’t then it is an honest answer, but he never actually answered your question. This is very suspicious because if the facts were on his side he would have said, “No, she didn’t come to work today” (see the subtle difference?).

4. He Gets Angry when You Ask

Do not forget that we’ve already established there are no clear signs a man is telling lies, and he may get angry because he is tired of being asked. But, some men and women use getting angry as a defense mechanism. Getting angry at your question is a manipulative way of getting you to shut up about it, so treat it with suspicion.

5. He Sets up a Positive Framing Image

A man is asked, “Did you cheat on your wife?” and he replies, “I have been happily married for 20 years and have two kids, I love my family.” As you read above, this is diverting by giving an honest answer without actually answering, but is also setting up a positive frame. The same is true when men say, “I am a devout religious…” or “I have never even thought about…” It is done to make you think positive things about the person. A reliance on such clever verbal tricks by your man should arouse your suspicion.

6. Getting Upset and Diverting

This may involve diverting and positive framing too. You start a line of questioning that makes him uncomfortable, so he diverts and gets upset with, “Don’t you think I have been through enough?” or “You are doing just what my ex wife/girlfriend used to.” Getting upset is a manipulative tool and should arouse your suspicion as it is among the signs someone is lying.

He will probably have his story set out very well, along with several back up stories that he remembers perfectly. So, ask him an obtuse question. “Yeah, it was just me and Bob in a bar.” So you say, “Oh, what was he wearing?” or “Oh, I saw him the other day, has he shaved off that mustache?” Obtuse questions will cause him to think on his feet and he may show discomfort, which should arouse your suspicions. Don’t forget that innocent people often say they can’t remember, but too many “Can’t remembers” are suspicious.

When this works, it is very gratifying for you. Let’s say you suspect he was at a bar but he is not going to admit it. Do not interrogate him hard, or be aggressive or push, and at some point ask him something such as, “Is there any reason why someone may have seen you at the bar?” Do not mention who by name or it will make him discredit that person. Questions such as this make him assume you know something. If he is guilt free then an immediate “no” (or similar) will follow. If there is a little guilt then he will say something such as “why,” at which point you should be very suspicious (what’s he hiding?).

After finishing your little interrogation session you should ask a final question, such as, “Is there anything else I should know?” or “Is there anything you have left out?” Any discomfort at this point should arouse your suspicion. Do not forget that there are no clear signs a man is telling lies; all you have read here are things that may arouse your suspicion. Asking something such as “Have you lied?” or “Are you lying to me?” is not good enough because it invites an immediate and easy “no.”

There’s no easy way forward. Getting a dishonest person to fess up has to be their choice. You may never know the truth if the liar won’t admit it until lies are confirmed with evidence you can trust. Don’t just see one of these signs a man is lying and act on it. You need to be sure so you decide what course to take. Have you had suspicions that your man is lying to you or have you dated a liar in the past?