Signs Your Relationship is Moving Too Fast ... 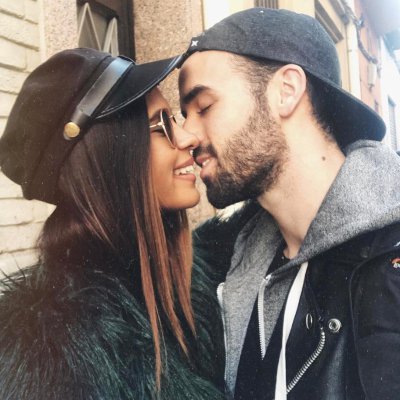 You’re as giddy as a new born lamb gamboling in the grass! You wake up with a smile on your face even though the weather is a darker shade of grey. Everything is great and that’s because you’re in love and life is perfect. But take care. Your relationship is new and is hurtling along at 100 mph. You want a relationship of substance and one that you’re totally invested in so you need to be aware that things might be moving too fast and a crash is coming.

1 You Let Your Honeymoon Period Run Away with You

One classic sign your relationship is moving too fast is that you have yet to really incorporate the magic and excitement of the relationship in to the slightly more mundane reality of your real lives. Shutting yourselves away acting like two teens who have no other responsibilities can be fun at the time, but you need to think about how the relationship is going to work alongside all of the other factors in your adult life.

Trusting somebody implicitly is not a bad thing in essence, but when it comes to a romantic relationship and the important factors of trust that are involved, you really need to take your time and try to figure out whether this guy is worth all of the faith you are putting in to him. Trusting the wrong person can only lead to disaster later on in the relationship.

3 Too Romantic, Too Fast

I’m not saying that every solid relationship needs to start with an initial dislike like in all the corny chick flicks, but one thing to keep notice of is too many big sweeping romantic gestures way too soon and way too often. If you are being presented with jewelry, flowers or even something bigger like a surprise holiday after only dating for a few weeks, then you have to wonder how long the flame can last burning so brightly.

4 You Just Ended Another Relationship

Something that you need to be really aware of is that you are not speeding along this new relationship in order to get it to the point where your old relationship was at. Each relationship is different and needs to be taken at its own pace. If you try too hard to make it like the last one, it will only end up that same negative way.

Introducing your new partner to your friendship group at an early stage is perfectly acceptable; it can even give you an insight in to how they feel about him and how they think you two are as a couple. However, bringing him round for a big family meal after only two or three weeks of dating might just be a bit too hasty, as the act of introducing to family should mean that the relationship has progressed to the next level.

6 You Argue on a Daily Basis

If you have rushed through all of the fun, getting to know each other parts of the relationship, you might find that you begin to argue and bicker a lot quicker than you would have hoped. Slow down, take your time, and don’t put each other in positions that could cause a major row so early in the relationship.

7 Big Life Decisions before You Know the Little Things

In the whole history of romance, a relationship has never lasted in which you choose to move in together before you know each other’s favorite color, favorite movie, favorite song, favorite anything! You need to know absolutely everything about one another before you jump in and make such huge life decisions.

It’s hard to think you have to wake up and smell the coffee when you’re already drinking the heady brew! But you must if you want to keep on enjoying the drink and not just the tantalizing smell. If you get what I mean.

Have you ever had a relationship derailed because it went too fast?