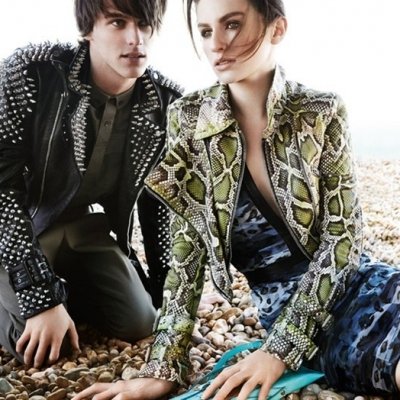 There are ways to be an awesome girlfriend without spending all your money on gifts and all of your time on him. You don't have perform any crazy gestures in order to prove that you care about him. You can achieve the same result by doing tiny little things for him when he least expects it. If you don't have any ideas, here are some simple ways to be an awesome girlfriend:

Everyone loves food. Keep some snacks in your pocketbook and pull them out whenever you want his face to light up. No one can resist a little bit of chocolate. One of the ways to be an awesome girlfriend is to satisfy his stomach. You don't have to cook him homemade meals every night. Just give him something yummy when you can, and he'll appreciate it.

Some people claim that actions speak louder than words, but they both carry equal weight. You don't want to always tell your boyfriend how much you love him, but never show him, and vice versa. It's important to let him know how you feel with kisses and compliments. You shouldn't rely soley on one without the other.

If you know he's in love with Captain America, and you see the Avengers whilst flipping through the channels, put it on. If his favorite shirt has a hole in it, find a similar one for him to wear in the future. Pay attention to little things about him, and do whatever you can to help.

Some men feel the need to pay for every night out with their own paycheck. However, even if he's nice enough to pay for you without hesitation, you should offer to pay every once in a while. Even if he turns you down, at least you tried. He'll appreciate your thoughtfulness, and you can always end up paying him back by buying him a sweet gift to say thank you.

5. Be up for Anything

If he's dying to go on a road trip across the country, don't immediately turn the offer down. You should consider it, because you never know what could happen. You might have the time of your life. So if your partner is eager to do something you never thought you'd do, at least think about it a bit.

6. Play up Your Pride

Even if you're dating the most confident guy around, he'll want you to show that you're proud to be with him. Hold his hand when you walk down the street. Introduce him as your boyfriend. Do whatever you can to show that you're happy to call him your man.

If he has plans with his friends, let him enjoy his time apart from you. Even though you love each other, you shouldn't spend every second side by side. It's healthier when you spend chunks of time apart. That way, you'll have time to miss each other, and fall even deeper in love.

As difficult and confusing as relationships can be, there are super small things you can do in order to be the greatest girlfriend around. What's the sweetest thing you've ever done for the person you were dating? Did they appreciate it?