7 Simple Ways to Win His Heart through His Stomach ... 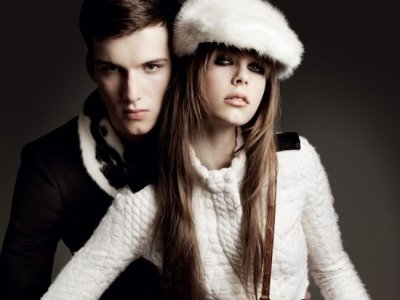 If you can’t turn on a stove without burning yourself, don’t worry. There are still food-related ways to win his heart without adorning an apron. People like to eat, but it doesn’t matter where the food comes from, as long as it’s tasty. If you buy take-out that he ends up loving, he’ll be impressed by your good taste. Take him to the best restaurant in the city, and he’ll be happy with you, even though you didn’t whip up the dish yourself.

Keep snacks in your pocketbook, so you can share food when you get bored. Whether you’re waiting on line together at the DMV or sitting together in class, he’ll be thankful for the distraction. Having food handy is never a bad thing. You never know when the urge to eat will sneak up on you. When it does, you’ll be prepared, and he’ll be thrilled.

As long as you keep things lighthearted, cooking together is romantic. You can spoon feed him the ingredients or let him lick batter off your finger. If you’re like couples in the movies, and don’t care about ruining the kitchen, you can playfully throw flour at each other. Even if the finished product is disgusting, at least you two had fun creating it.

Keep him in the kitchen with you while you cook something up for him. You can talk about your day, and he’ll get to see how skilled you are with your hands. It’s always impressive to watch someone do something that they’re good at doing. If you’re one of the lucky ones that have the gift of cooking, strut your stuff for him.

When you go to a party, you always bring dessert to contribute. If you’re invited to watch the game with your man’s friends, bring some food along. It doesn’t matter if you made it or if you bought it from a box. His pals will just be happy to have something to munch on. It’s a simple way to get people to like you. It’s nothing special, but it does the trick.

Stop by his work to leave him a little treat. Whether or not you made it, he’ll be glad that you thought about him, and took time out of your day to come visit him. You don’t have to do this constantly, but it’s nice every once in a while. If you’re lucky, he’ll return the favor.

When you get bored, play a taste testing game. Sit him down, blindfold him, and feed him different candies and snacks. Have him guess what they are, and see how many he can get correct. If you’re nice, you’ll only feed him his favorite treats.

Hopefully you won’t be the only one cooking in the relationship. Finding a guy who knows his way around the kitchen is always a treat. Do you love to cook or do you keep out of the kitchen at all costs?