So He Cheated- Should You Take Him Back Again? 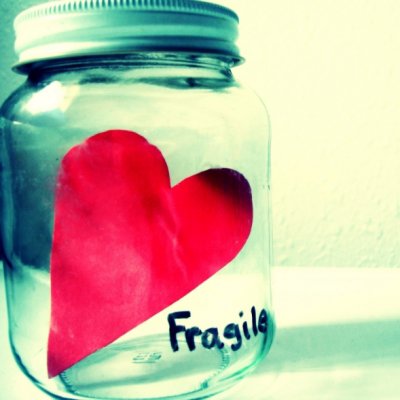 It doesn't matter how you found out - you're heartbroken because your man cheated on you! The question is, of course, whether or not you can or should take him back. It's painful - I'm so sorry! - but here are a few questions you should ask yourself to help you decide whether to give him another go, or kick him to the curb with the rest of the trash.

1 Did He Tell You, or Did Someone else?

If your man confessed to his own wrong-doing, then chances are, he has a conscience and he knew what he did was wrong. If he didn't tell you, he might have continued seeing this other woman until you found out some other way.

2 What Does HE Want?

Not that it makes all the difference, of course, but does he want to try and work things out? Or now that he's been caught, does he want to move on? A reconciliation will only work if you BOTH want it.

Has he apologized, and if so, did your heart tell you he was genuine and sincere? If he was, and is, then it might help to realize that he's human, and might have made a mistake, nothing more, and he won't do it again.

4 Can You Forgive Him?

I'm not very good at that whole "forgive and forget" thing. What holds me up is the "forgive" part. It's been nearly a decade since my husband left me for another woman, and I've moved on, but I haven't ever been quite able to forgive him for it. If you do have forgiveness in your heart, in general, then you might be able to master the necessary "forgive and forget," and kudos to you for it.

5 What Did You Learn about Him?

Does he have an underlying problem that led him to cheat? For example, a man battling a drug or alcohol addiction might have a lapse in judgment he wouldn't have had otherwise. If he truly wants to work things out, he'll have to address the deeper issue, not just the cheating. Will he do that?

6 Do You Have a Backup Plan?

If you don't have a backup plan for your life without him, it may seem easier to stay, to take him back, than to work out a new life plan. Please, don't let that be the reason you take him back - you'll only regret it later. It may seem frightening and overwhelming to start your own life over again, but you can do it!

7 Is He a Repeat Offender?

Did he make a one-time mistake, or is he a serial cheater? Has he cheated on other girlfriends or wives, or on you, before?

These quick questions can't resolve the entire issue for you, but they'll help in getting you on the path to making a solid decision. It's also an excellent idea to talk to a pro, a counselor or therapist who can help you, yourself, or the two of you as a couple. Whatever happens, you can get through it!