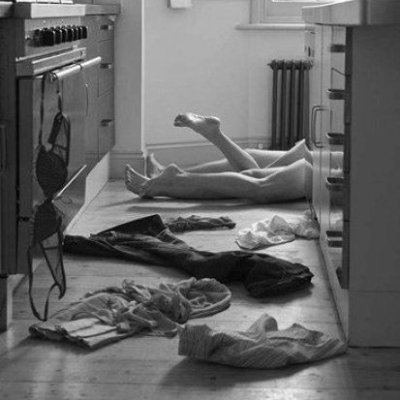 Stressed, burdened with life’s difficult problems and fear that your health is declining? Then sex is the answer to happiness, longevity and a healthy body. You don’t agree?

Sex helps you reduce stress. When deep breathing exercises fail to de-stress you, sex will do the needful.

During sex your body produces dopamine, a substance that fights stress hormones, endorphins, aka “happiness hormones” and oxytocin, a desire-enhancing hormone secreted by the pituitary gland.

In a study, published in the Public Library of Science journal, three neuroscience researchers conducted a test on male rats and found that the sexually active rats were less anxious than rats with no sexual activity.

Making love is a form of physical activity. During intercourse, the physiological changes in your body are consistent with a workout. You must have noticed that the respiratory rate rises, which means you get tired. Hence, you burn calories. If you have sex three times a week for 15 minutes (but we know you can do better than that) you’ll burn about 7.500 calories in a year. That’s the equivalent of jogging 75 miles! Heavy breathing raises the amount of oxygen in your cells, and the testosterone produced during sex keeps your bones and muscles strong.

Researchers with the University of Paisley conducted an experiment on the same. They concluded that sex improves blood pressure.

Trying to fight the sniffles? Sex is the answer to fight cold and other health problems; sex can boost your immunity.

Immunoglobulin A, an antigen that fights the flu increases when the frequency of sex increases.

Making love three times a week can make you look 10 years younger, claims a Scottish researcher. “It’s good for you to have good sex,” says David Weeks, a clinical neuropsychologist at the Royal Edinburgh Hospital, whose study on the effects of sex on aging appears in his book, Secrets of the Superyoung.

Sex helps you burn calories but it can also improve your heart. Sex will take care of stroke and heart attacks, you just have to enjoy the moment.

Pleasure is the measure to beat out the pain. Do you experience migraines and body pain? Well sex is the answer. But if you experience back pain, it is best to consult a doctor.

Dr. George E. Erlich, an arthritis specialist from Philadelphia conducted a study on the link between arthritis and sex. He narrows down that patients who engaged in sex experienced less pain.

The act of sex spikes the hormone oxytocin; this hormone is responsible for your happiness and love. If your feel your relationship is falling out, there is trust or you’re worried that your partner will stray away, then sex will dispel these doubts. The hormone oxytocin builds trust and brings couples closer, and cupid too.

Regular ejaculation reduces your chances of developing prostate cancer. In an Australian study men who ejaculated 21 times a month were least likely to develop cancer. It is further supported by other researches that sexual intercourse reduces the risk of prostrate cancer.

Sex involves the use of several muscles; hence regular sexual intercourse can help you develop stronger pelvic muscles. Further, since the act of sex involves a range of muscles, it also helps strengthen these muscles – for ex: quads, your core, and the upper back. Through regular sex, you can also maintain a strong bladder and bowel function.

Most of the fluid you ejaculate is secreted by the prostate gland. If you stop ejaculating, the fluid stays in the gland, which tends to swell, causing lots of problems. Regular ejaculation will wash those fluids out and ensure the well being of your prostate until old age. Problems may also occur when you suddenly change the frequency of ejaculations.

After that great, lovely workout you are bound to get good sleep. But guess what? Sex works the same way as exercise. The increased heart rate leads to increased post-coital relaxation. Sex could be the next thing for insomniacs! So what really happens:

- Sex can relax you, hence if you are already tired, the act of sex will induce sleep.
- When men ejaculate they become lethargic, this can make them sleepy.

Fifty per cent of men older than 40 suffer from erectile dysfunctions and all young men fear the moment when they won’t be able to get it up any more. The best medicine against impotence is…sex. An erection keeps the blood flowing through your penile arteries, so the tissue stays healthy. Plus, doctors compare an erection to an athletic reflex: the more you train the more capable you are to perform.

A healthy heart, stronger muscles, increased circulation of oxygen and happiness are some of the factors that add life to the years and as a result – years to your life.

A study published in the British Medical Journal reveals that men who engaged in sex often live twice as those who rarely had any action.

If you’re trying to conceive, you increase the volume of semen if you have sex regularly. Regular sex replaces old sperms from the testicles. If there is a natural build of sperms it can lead to DNA damage.