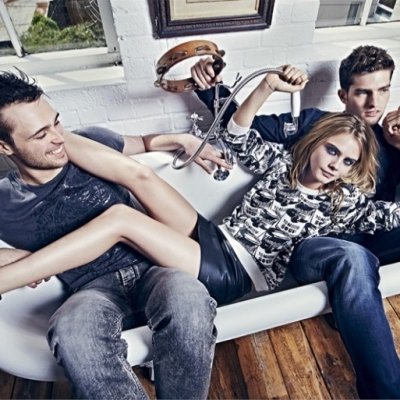 One of the ways we show guys we're not interested is through the use of one-word text responses. Have you ever used the one-word text method? I have. If I were to text a guy and receive one-word messages back, I'd take the hint that he's not interested in me. So I assumed others would do the same. Wrong. Many times guys see this as us playing hard to get, or they are attracted to the chase. A lot of guys will get the hint if you do this, but there are others who will not.

2. Not Responding to Messages

After trying the one-word text method, I often resort to not responding to texts at all, thinking that this would be a more obvious sign that I am not interested. Do a lot of guys finally get the hint? Yes. But too many still do not. I once had a guy send me 35 messages in a row, none of which I responded to, and he still had yet to get the message! (No pun intended.)

If ignoring messages doesn't work, blatantly avoiding a suitor should, right? Not always! Sometimes we try to let guys know we're not interested by blatantly avoiding them in public places. If a guy did this to me, I would definitely get the hint! Yet, not all guys do...

4. Flirting with Other Guys

5. Insisting on Hanging out in Groups

If flirting in front of other guys doesn't work, and a guy is STILL asking us out, sometimes we insist that instead of going on a date we could hang out as friends in a group. By specifically using the words "as friends," we would hope he'd get the hint, but sometimes guys see this as you being interested if you are willing to hang out with them, even if it is in a group and just "as friends."

Most everyone has free time in their schedule from time to time, so by telling a guy that you are busy every single time he asks you to hang out, and not giving him another time that would be good for you to get together, you would probably assume he would catch on and eventually stop asking you to hang out. And yet, this is not always the case.

As a last resort, we often face the fact that we must blatantly tell the guy that we are not in fact interested in pursuing any kind of romantic relationship with him. While this sometimes works, sometimes guys take this as a "try harder, I'm playing hard to get" situation. Who would've thought that it could be so hard to convince someone you aren't interested!