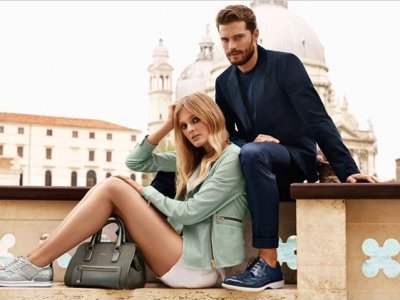 When you're in the beginning stages of a relationship, it's easy to ignore the signs he isn't right for you. They very well might be there, but we're so attracted that we either don't see them at all or don't want to see them. Either that, or we're just out for fun and it doesn't matter. There's nothing wrong with dating someone with no real “plan” but, if you're looking for something long-term, it helps to know what you're dealing with upfront. To help you with this, here are some of the biggest signs he isn't right for you.

I'm not talking about coming in second to his kids. In fact, being willing to do this is one of the biggest signs he *isn't* right for you! However, he definitely needs to put you ahead of his ex-wife. They're always going to be in each others' lives if they have children together, but he shouldn't be more attentive to his ex or put her feelings ahead of yours. If he does, perhaps you and the ex should switch places.

2. You Differ on a Fundamental Level

When it comes to things like money and having kids, differences can weigh heavily on a relationship. It might not seem so now, but you have to think about whether these differences are going to be a problem in the long run. Perhaps you can get by with, say, not discussing politics but a strong career woman probably won't be happy with a man who insists that women be barefoot and pregnant.

3. He Doesn't Get along Well with Your Friends or Family

This is related to the previous point. He doesn't have to love them, but he should at least be able to be in the same room with them without having a guard present. Like I said before, don't make judgements solely on what other people say. However, there are a lot of things people outside of a relationship can see that the people in it can't.

Sometimes people will be so attracted to each other that they ignore everything else. However, there will eventually come a time when the rose-colored glasses come off and you see someone for who they truly are. If you wouldn't want to be around him if you weren't dating, perhaps you shouldn't be dating.

5. You Don't like Who You Are when You're with Him

Do you find yourself doing things you swore to yourself you never would? Nagging? Using sex (or anything else) as a weapon? Letting your friendships slide? Being pushy or controlling? If you've become someone you don't like or recognize, step back. If you're not happy in your own skin, how are you going to be happy with anyone else?

That word should be stricken from the entire “relationship” language. Despite your best efforts, you're *not* going to change him into your Prince Charming. If you even feel the need to try, there's a problem. Fixating on his flaws will only make both of you miserable, so the best thing for both of you will be to move on to someone else.

7. There Are Communication Issues

If you're going to have a healthy relationship, you have to be sure you're on the same page. You may never fully understand how your partner sees things, but you need to be able to have a serious talk without it turning into World War III. Also, remember that it's not just about what you say; it's how you say it. Nonverbal things like tone of voice, body language and facial expressions can make a huge difference in how a message is received.

Despite how someone might look on the surface, sometimes you get a strange feeling in your gut. Don't ignore that feeling! If that “still, small voice” is telling you to walk away, do it. That voice doesn't lie.

...and it's not due to depression problems or other things outside of your relationship. While being with the right person won't solve all of life's problems, it should at least make things easier rather than harder.

Like I said before, it's one thing if you're just dating someone for fun. If you're looking for something more, however, it helps to know what to look for ahead of time. Are there any I've left out? Have you ever seen a sign, but ignored it? If so, what happened? Speak up, ladies!