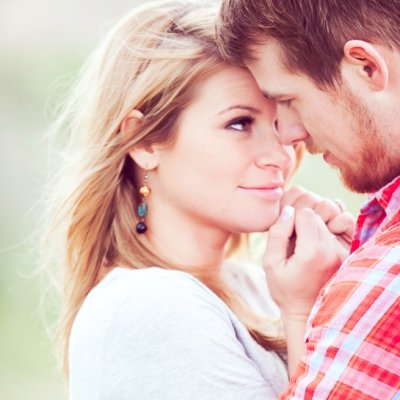 1. Looking to the Left

When you ask him a question and he looks to the left, it's a sign that he's telling the truth. Why? Because studies show that your pupils will look to the left when you're recalling a memory. Just don't get your lefts and rights mixed up when you're looking at him, because you don't want to accuse him of being a liar when he's being perfectly honest with you.

2. Looking to the Right

Pupils are known to dilate when a person sees something that they find attractive. So if you lock eyes with a guy and notice his pupils dilating, it means that he thinks you're sexy. Of course, dilated pupils could also mean that he finds something interesting, so if you're telling a great story, that could be the source of his wide eyes.

Since pupils dilate when a man is fascinated by something, they constrict when a man is bored. So if you're telling him a story and his pupils get smaller, he's not very interested in what you have to say. He might've even stopped paying attention.

People tend to blink less when they're lying, because their brain is working hard to think of something clever to say. So if a guy is telling you that he's single without blinking once, take it as a sign to run in the other direction.

Girls bat their eyes at boys they like for a reason! There's something attractive about the look, so if someone is blinking a lot in your presence, it could mean that they have a crush on you. Of course, you'll never know for sure unless you flirt back, so don't let your eyes do all the talking and start telling him how hot he is.

You'd assume that a liar would have trouble making eye contact. However, it's usually the opposite. If a guy is making direct eye contact with you and never breaks it, he's probably trying super hard to look like he's serious, even though he's actually lying. People will naturally break eye contact every once in a while when speaking, so if his eyes won't leave yours, be weary about what he's saying.

People aren't all that hard to read once you learn how to decipher body language. Pay close attention to your man's eye movement and you could learn a whole lot about him. Are you good at reading the minds of men, or are you always confused about what your crush is thinking?