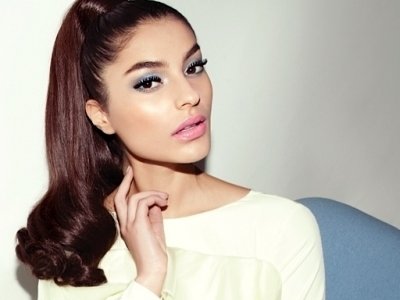 If you’ve ever thought about meeting someone from the internet, you’ve probably also thought about the signs you’re being catfished. There are tons of horror stories on internet dating and while some ended up on a bad date, others got caught up in some serious drama, not mention some pretty scary situations. If you’re internet dating and thinking about meeting up with someone you’re interested in who seems to just be too good to be true, read up on these signs you’re being catfished before you go any further!

One of the most obvious signs you’re being catfished is if the object of your affection has nothing but modeling or professional photos. Even if he is a model, it’s really rare that a person in this day and age doesn’t have any candid photos like selfies or some other kind of photo that didn’t take place in a studio. Make sure you ask for other photos, I’m sure you’ve shared some so there’s no reason why you can’t see photos of your potential date, either.

Though it’s not always 100% accurate, having a super low friend count on Facebook might be a reason to be suspicious. If your internet date has 1 or 2 FB friends, there’s a possibility that it could be a fake profile. Same goes for those who have thousands of friends. There's always the chance that he could be new to Facebook, doesn’t know many people or knows a ton of people so don’t take this as a sign of getting catfished right away, keep digging.

When you’re in deep like with someone, it’s natural to want to spend as much time possible talking to or spending time with them. So, if your internet love is really hesitant or emphatically avoids talking on the phone, get suspicious. Is it really possible to be that busy or not have access to any type of phone? If he has time to text you all day and night long, he surely has a minute to give you a call!

Another one of the signs you’re getting catfished that people will often warn you about is that the relationship is moving way too fast. It’s entirely possible to fall for someone you don’t know very well and have this whirlwind romance, but examine the situation carefully. Would you have strong feelings for someone you’ve only chatted online with or sent text messages to? If you’ve only chatted with him for a few weeks and he’s saying he loves you, be careful.

Does your internet love seem to always be on the road for work or some other reason, yet he never comes close to your neck of the woods? Yes, there are jobs that require a lot of travel, but it’s a little odd if he can go everywhere but your city or state. If he travels for work, he should have the resources to come visit or at least meet up at a neutral location.

So your internet boyfriend is a successful business owner, has his own place at age 21, looks like Liam Hemsworth and rescues feral cats in his spare time? Sounds too good to be true and maybe it is. There are people who achieve great success at a young age, but if his life story is sort of like a fairytale, don’t be too quick to believe it, approach with caution. If he’s successful, he should have no problem getting ahold of a cell phone, Skyping you or seeing you in person.

If everything seems perfect except for this nagging feeling that you get that something just isn’t right, don’t ignore it. We get these feelings for a reason and they should be taken seriously. If your friends are also warning you that your internet date just doesn’t seem right, don’t automatically assume they’re just being jealous. Your friends are able to see the situation objectively and might see things about your relationship that you don’t.

There are many signs you’re being catfished and these are just a few. If you’re interested in someone you met online, always put your safety first and just have fun. You have lots of time to get to know your potential love interest and there’s no need to rush things! Have you ever been in a situation where the person you were interested wasn’t who they said they were? How did you handle the situation?