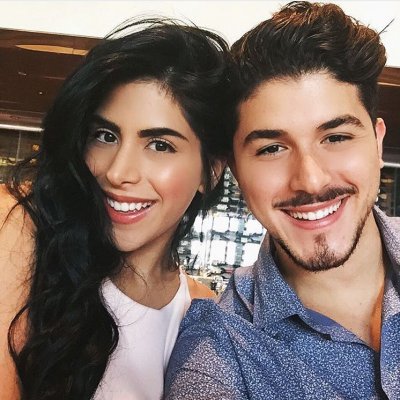 Whether we realize it or not, we're always doing little things to test our boyfriends to evaluate their potential. Sometimes we understand exactly what we're doing and look for the "right" response. At other times, we don't even realize that we're testing him until we hear him give the "wrong" answer and become upset over it. If you don't think you've ever evaluated your boyfriend, here are a few things that most girls have done, whether they realize it or not:

1. How He Treats the Waiter

You probably didn't take your boyfriend to a restaurant for the sole purpose of seeing how he treated the waiter. However, once you're sitting at that table and your server approaches, you're going to pay close attention to his reaction. Does he smile at the waiter? Does he yell when the waiter brings over the wrong meal? Does he leave a good tip? All of those things are sneaky ways to judge a man's personality.

Have you ever woken up in the morning, eager to talk to your boyfriend, but stopped yourself from sending the first text? If you have, it's probably because you wanted to see how long it would take him to message you. You might do the same thing with the words "I love you." Even though you're crazy over him, sometimes you just want him to say those three little words before you do.

Some women introduce their mate to their friends in order to see what they think of him. Other ladies make the introductions because they just want to have a fun time hanging out as a group. No matter what the case may be, once a woman's friends meet her boyfriend, they're going to share their opinions on him. Even though a bad opinion might not break a couple up, a woman would much rather hear a positive review to know that she's on the right romantic path.

Have you ever asked your man if he likes your outfit, or if "your jeans make you look fat?" If you have, then there's only one correct answer. As much as we admire honesty in a man, we aren't going to be happy if he insults our fashion choices.

5. Commenting on Another Girl

Here's another test that you might not purposely give him, but it happens nevertheless. When you see a pretty girl in person or on the television and comment on how gorgeous she is, your boyfriend needs to find a way to respond. If he agrees, then you could get jealous. But if he disagrees, then you know he's just a liar. It's a lose-lose situation.

Have you ever stopped in a middle of a story to ask your man what you've just said? Even if you know your tale is boring, it's frustrating to realize that your partner hasn't been listening to a word that you've been saying.

7. How He Treats His Mother

The only thing more important than how he treats the waitress is how he treats his mother. If he talks down to the woman who raised him, then he might be a troublemaker. Unless she did something to deserve the negative treatment, you should watch out, because he might end up treating you poorly in the future, too.

When you're in a relationship, it's hard to avoid testing your boyfriend, even if you know you'd love him regardless of whether or not he fails the tests. Have you ever used any of these tests to purposely try to evaluate your boyfriend?