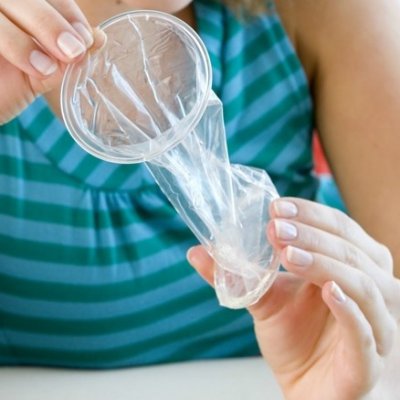 Have you ever considered using a female condom? They’re still quite mystical when it comes to methods of birth control, with many women dismissing them simply even as an idea, without knowing anything about them. So what should you know about the female condom? Here are the basics:

1. What is a Female Condom?

The first question that may be on your mind is simple: what is the female condom? The female condom is a lubricated pouch that is inserted into the vagina and is designed to lower the risk of both impregnation and sexually transmitted disease. The condom has a soft ring on each end in order to keep it in place when inserted.

2. It is Mostly Effective

The good news is that a properly inserted female condom is 95% effective against pregnancy and disease, but the bad news is that a lot of women do not actually insert them properly. As a result, the effectiveness percentage falls from 95% to somewhere between 75-82%, which is a lot lower than the majority of rival birth control alternatives available.

3. It Can Be Inserted in Advance

A female condom can be inserted up to nine hours before a woman is planning to have sex, but one thing that must be remembered is that a new condom should be used after each occasion of sex.

4. It’s Not for Everybody

For some women, the female condom has been known to cause uncomfortable irritation of the vaginal area or anus, and there have been some reports of a loss of pleasurable sensation when using one. It’s all about testing it out to find whether it is a good choice for you.

5. It is Made of Nitrile

The female condom is made with nitrile, which is a synthetic rubber that is effective in protecting against disease. It is a great alternative for women who have a latex allergy.

Unlike other forms of birth control like the pill or the injection, female condoms can be used without visiting a doctor beforehand and you do not need any kind of prescription to begin using them. Just like male condoms, they can be widely bought from pharmacies.

7. You Can Still Use Lube

The female condom is safe to be used with both water based and oil based lubricants. However, if the lubricant causes the condom to spill or leak, then emergency contraception should be sought out as soon as possible, as well as a visit to be tested for STDs.

8. Seek out Some Testimony

If you are unsure about trying out the female condom, then there are plenty of testimonials that can be found online from different women who have had personal experience with using them. This can help you to make a final decision.

Unlike the pill, the female condom does not have any effect on your hormones. For this reason, some women prefer to use it as their primary form of birth control because it does not cause them to have mood swings and other side effects.

10. Do Not Combine with a Male Condom

Having sex using both a female condom and a male condom, rather than making you double safe, actually poses a greater risk of one or both of the condoms tearing, so make the decision before having sex and only use one of these forms of protection for a sexual encounter.

What are your thoughts on the female condom? Have you ever tried one?