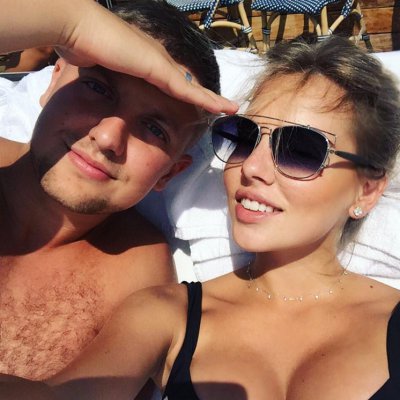 You might think that a date went extremely well, but when that date never calls you or texts you back, you'll be left wondering what you did wrong. Sometimes, you'll never find out what went through his mind that made him decide to reject you. Even though his decision might have more to do with himself than it has to do with you, there's always a change that you did something he wasn't a fan of. That's why you should be aware of the most common deal breakers for men, which are as follows:

Most men hate drama. They understand that everyone occasionally has bad things to say about their friends, but if you're always ranting about something and are never happy, he probably won't be happy either. If someone starts a fight with you, it isn't your fault. However, if someone says one little thing to you and you start arguing over nothing, he won't want to be dragged into the mess again and again.

2. She's Obsessed with Herself

3. She Flirts with Everyone

You're allowed to have guy friends. You're allowed to act playful with those guys friends. However, if you say sexual things to them and tell them how hot they are, your man is bound to get angry. When you enter a monogamous relationship, you're meant to stop flirting around.

No one likes being lied to. If your boyfriend finds out that you've been lying about major things, or that you've been cheating on him, he's not going to stick around for long. Immoral acts drive men away fast.

5. She Always Criticizes Him

If your boyfriend does something wrong, feel free to call him out on it. However, if he washes the dishes for you as a favor, don't yell at him for leaving a spot dirty. If he lands a job to help support your family, don't yell at him for only making minimum wage. A person can only take a certain amount of criticism.

Independent women are in. Even though your boyfriend would feel manly if you asked him to help you change a tire or open a jar, he'd be proud to know that you can take care of yourself. If you rely on him to support you financially, do all of your housework, and pick what movies you should go see, he'll eventually start to wonder why you're incapable or unwilling to help him out. After all, relationships should be about teamwork.

7. She Always Cancels on Him

Even if a guy is really interested in you, he'll assume that you feel differently if you always cancel on him. He's not going to wait around for you forever, unless you have a good reason for flaking on him. So don't enter a relationship until you're ready to set aside some lovey dovey time.

You can't please everyone, so you shouldn't change the things you like about yourself in order to land a date. However, if you do some of these borderline rude things, it might be time to think about creating a new you. What's your biggest deal breaker?