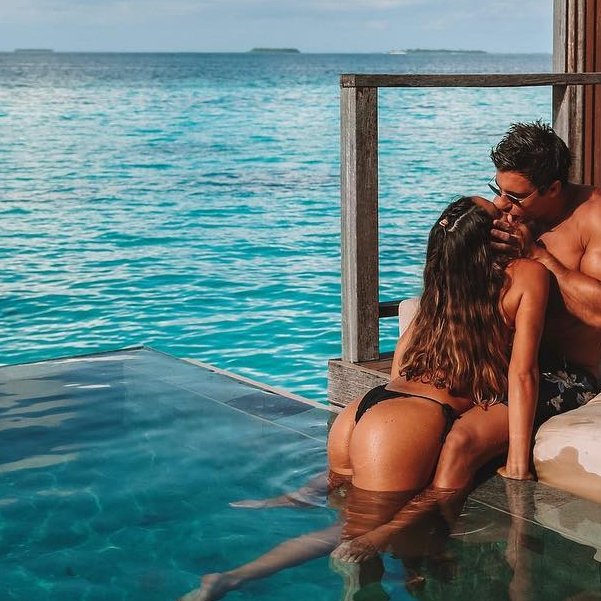 Fantasies, we all have them, and we shouldn’t be ashamed of them! Having sexual fantasies is a totally normal and healthy way for you to express your sexuality, but did you know that your own top fantasy might not be as individual to you as you think? On the whole, it turns out that us humans are pretty predictable when it comes to what turns us on the most. Here is a list of the seven most common sexual fantasies that people have admitted to having, is yours detailed below? I’ll bet you ten dollars that it is!

This is a super common fantasy. You can be totally in love and committed to a partner but still get hot under the collar at the thought of inviting a third party into the bedroom. Threesomes, foursomes and even more-somes are becoming an ever-increasing reality for people are who being brave enough to follow their fantasy!

Sometimes sexual fantasies can be something as simple as just mixing up your normal routine. When sex gets too predictable, it ceases to be exciting, so many women simply fantasise about having their sex life shaken up with new positions, new locations, even new partners.

Getting down and dirty in public is a hugely popular fantasy. There is something about the risk and danger involved that really gets people turned on. I’m no psychologist, but I’ve got a feeling it stems back to teenage years and the thrill and fear of maybe getting caught in your bedroom by a parent!

Just the process of being desired and worshipped is something that is big on a lot of women’s fantasy lists. It almost nudges into a sort of dominant territory, where you have a partner who is so besotted and obsessed with you that they will pretty much do anything you ask!

Did you know that around 59% percent of straight women have fantasised about sleeping with another woman? Same-sex sex fantasies are extremely common, and they also happen to be a fantasy that lots of people actually choose to act upon. It’s 2018 after all, why not give it a try!?