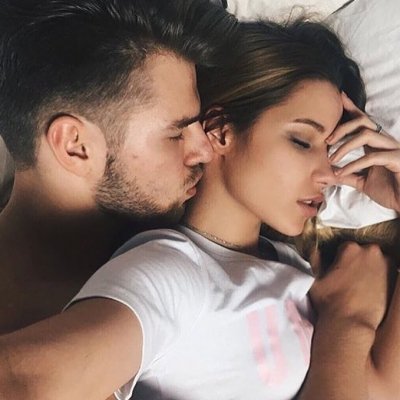 You’ve met a guy that’s completely stolen your heart. But he’s not without imperfections. In fact, there’s one imperfection that’s so huge, it’s glaring; he’s a cheapskate! Here’re some reasons why that’s actually not such a bad thing for you.

1. You Could Learn from His Financial Personality

We each have our own unique personality when it comes to money. Some of us are spenders, some of us are savers while others care more about giving or taking risks with their finances. There’re advantages and disadvantages to each style of handling money. Dating someone whose money personality is different than yours gives you an opportunity learn a different approach to finances.

2. What He Lacks in Financial Generosity, He Makes up for in Creativity

Maybe your boyfriend isn’t one to spend huge amounts of money on you for holidays. That’s not a completely bad thing. If he’s not a big spender then he’s probably very creative in gift giving. You may receive very romantic gifts that other women would love to have. Heartfelt gifts are always a win; they certainly top a gift card.

3. Responsibility is a Strong Trait of His

Most people who’re considered to be cheapskates are actually savers. They’d rather have their money accumulating in the bank than the things they could buy with it. Savers are responsible people, which is admirable. In our current world, more and more people are content relying on their parents for financial support instead of standing on their own. The fact that your boyfriend doesn’t blow his money and then expect his parents to cover his expenses is a great sign of maturity.

Some people are just naturally more talented when it comes to hammering out details of a business deal. Since cheapskates don’t like to part with their money, you can count on them to drive a hard bargain. They’re motivated to get the lowest price possible. Their strong negotiation skills are admirable. He can help you get the best deal on anything!

5. It Means a Lot when He Does Spend on You

When a man that holds his money tightly finally does let some of it go, it’s huge! Don’t undervalue his spending on you. Whether he splurges for a fancy dinner out or treats you to a Sephora shopping day, realize it’s a big gesture of love. Make sure to thank him. Your appreciation could encourage his generosity.

6. You Can Discuss Financial Matters before the Relationship Goes Further

It’s an advantage if you realize you’re dating a man that holds his money tightly before the relationship becomes serious. You’re going into it with eyes wide open. You have the opportunity to discuss financial matters and how you’ll handle money as a couple. If you know there’s a wide distance in how the two of you spend, figure out how to handle that now as opposed to after it becomes a problem. For example, you might opt for keeping your finances separate.

7. Your Financial Future is More Secure if Your Relationship Goes Long Term

If your relationship does go long term, you’ll have this benefit. Those who hang on to their money tightly also prepare for the future. Because having money in their possession means so much, they want to make sure they’ll always it. They’re careful to have a nest egg for the future. If your futures end up being with each other, you’ll have financial security as well.

These’re 7 benefits to dating a cheapskate. Are you with a cheapskate? How does that play out in your relationship?