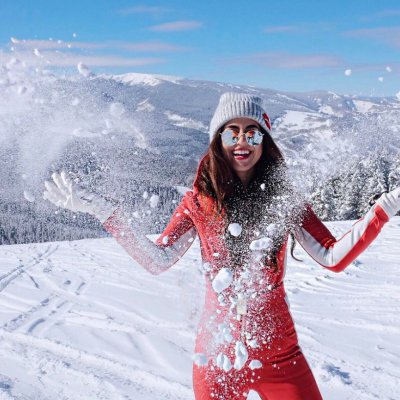 I tossed my sketchbook onto the kitchen table and watched it skid into my mother's crystal vase.

She grabbed it as it wobbled, preventing it from splintering into pieces. "What the hell was that, Allie?"

"I'm dropping out," I said, sinking into the chair next to her. "Applying for a real college."

"You're in the best Fine Arts school in the state. How's that imaginary?"

"I'm never going to get anywhere with it. I don't see the point anymore."

"The point is that you're following your passion."

"Yeah, everyone says you'll be happiest if you do what you love for a living, but how happy am I going to be when I'm broke and unemployed and too sick to pay for a doctor, let alone pick up a pencil?"

She slid the sketchbook across the table, resting it in front of me like a placemat. "Use that teenage angst as your inspiration. Pain brings out creativity, isn't that what you always say?"

By the way she was speaking, I could tell she thought I was just going through a phase, but I wasn't. Not at all. I'd never thought about giving up my dreams before, not even for an instant, but now it felt like the only logical solution.

Otherwise, how else would I ever get out from underneath my parents' roof and start living my own life? People say that money isn't everything, but really, it's the only thing.

My father was in the corner of the room, pretending to be preoccupied with his Kindle, but I knew he was listening to the conversation. He was probably fighting back a smile. Back when I was in high school, he did all he could to convince me to become a doctor, a lawyer, a damn cashier--anything other than an artist. "A pipe dream," he called it.

But now, he was silent, waiting for me to officially drop out of my fantasy college and enter a real one that would help me find a real job. At least mom's disappointment would be outweighed by dad's pride.

"I've been thinking about this for a while, mom," I said, too embarrassed to meet her eyes. "It's not some split second decision. I wanted to wait until I was sure to tell you guys, and I'm sure. I need to grow up. Be realistic."

Her head just shook. "Look at that fridge. It's filled with drawings from all the way back when you were five. You're going to give up on something you've loved for that long, just because--"

"You're not going to convince her, " Dad said, finally putting down his e-book. He started toward the door with a little wave. "Come here, Allie. I want to talk one-on-one."

I listened. He led me down the hall, into the guest room, and rummaged through his closet. He pulled out an oversized shoebox filled with marble notebooks, and then handed me a random one.

"What is this?" I asked, flipping through the pages. Every line was filled in. Even the margins had notes sprawled across them.

"My writing. Short stories and anecdotes and a bit of poetry."

A laugh popped out of my mouth. "No way. I can't imagine you doing anything creative."

"I always wanted to become a writer. Even got a few things published in local magazines. But I gave up on it after a few years."

"Started having the same doubts you are. Same doubts everyone does. And I gave into them." He picked up another notebook and looked at it the same way he looked at mom. "But you shouldn't. You're good at what you do. You need to keep trying. I'm not letting you drop out. My roof, my rules."

I squinted, trying to figure out if he was being sarcastic. If the whole thing was some practical joke. "I don't get it. You practically begged me to go to any other school," I said.

"Remember when I first met James?" he asked, referring to the boy I'd been dating for a little over four years. "Remember how much I used to hate him?"

I just nodded, not sure what he had to do with the conversation.

He smiled a little. "You're just worried. Scared. Real misery would be what you'd feel if you ended up working as a CEO for twenty-five years. If your dreams were pushed so far back into the closet that even your daughter didn't know about them."

All I could do was nod, because there was no argument to be made.

After reading through a few of his favorite short stories, which were actually pretty amazing, I returned to the kitchen to tell my mother that I had no intention of dropping out.

After all, I was an artist.

** That's the whole story! Remember, ladies, you should never give up on your dreams! **