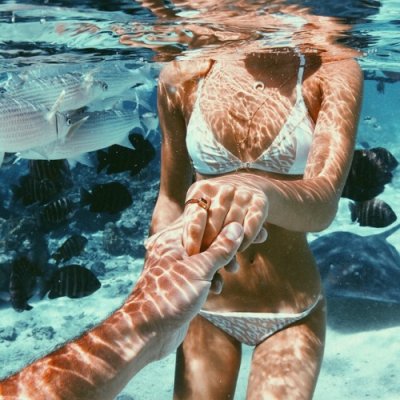 Nobody likes being dumped, but it's even worse when you get dumped with a really lame excuse! Honesty is nearly always the best policy, though it's best used tactfully. Unfortunately people often come out with the most ridiculous excuses, when we'd really rather they just told us the truth. Men often do this because they're afraid of upsetting 'emotional' women. Here are some of the lamest excuses men come out with when dumping us …

This is the classic lame excuse guys use for breaking up with us. It's supposed to make us feel better, but it doesn't. So it's not our fault? We still feel bad though - we're being told that our relationship is over, and we haven't had any say in the matter. So hearing that it's not our fault isn't going to help - it still hurts.

Just tell us your reasons, okay? We don't need to hear that we're great. We already know that! This is such a lame excuse. It just make us feel that it can't be true, and that if we were so great you wouldn't want to dump us! So guys, do us a favor and give this excuse a miss. Tell us the real reasons instead.

Are guys really still using this line in 2015? It's very like 'you're a great girl, but …', and it's equally lame. Guys who use this line act like they're doing you a favor by ending the relationship. They are, but not for the reason they're pretending. They're trying to make you think that they're such a good guy and thinking only of you.

I've posted about how a break can be good for your relationship - IF you do it for the right reasons. Be wary of a man who suggests it though. He may want to look elsewhere, but hold onto you as a reserve, in case he doesn't find anyone better - and who wants to be second best? And if he wants to keep you as a sexual partner, run, don't walk.

5. I'm Not Ready for a Relationship

Oh please. What guys mean when they say this is 'I'm too cowardly to say I don't want to be with you'. They're not going to be single and take the time to learn about themselves; they're going to bounce straight into another relationship before the door's closed behind you.

6. I'm so Busy at Work Right Now, and Haven't Got Time

So how much time does it take to send a quick message? Who is so busy that they can't find time to meet up with their girlfriend for a drink or a meal? You can bet he's finding time for his friends/sports games etc. It's a question of time management and priorities - and you are not this guy's priority.

Another variation on 'You're too good for me', this excuse is used when they haven't got the nerve to be honest. They're making themselves look stupid, as well as implying that our taste isn't good enough to choose the right guy (ok, perhaps that's true, seeing as they're coming up with such lame excuses to end the relationship!).

What's the worst excuse you've ever been dumped with?