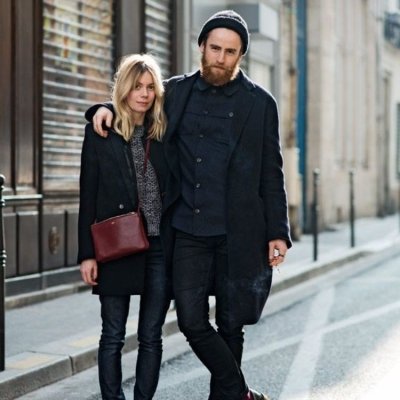 We always want our hair to be styled perfectly, and while some men couldn't care less about how spiky their locks are, they're worried about it falling out. Men tend to lose their hair earlier than women do, so your boyfriend might be insecure about his hairline. That's why you shouldn't tease him for always wearing a hat, and trying to cover up his bald spot. Hair is one of the things men are insecure about, so don't poke fun at him.

It's more socially acceptable for men to be overweight than it is for women, but they still like to look fit. If your boyfriend sees you gawking over Chris Pratt in Guardians of the Galaxy, he's going to wish he had a six pack, too. You're not the only one who wishes they had more time to hit the gym. Your boyfriend wants to look good for you, just like you look good for him.

If you have a pimple, you get to cover it with foundation. If you don't like how small your eyes look, you can create an illusion with eyeshadow and liner. Men aren't as lucky. Most guys aren't willing to wear make-up, so if he has an issue with his appearance, he's stuck with it.

Most men want to be taller than their girlfriends. If they're short, then they can't do much about it, except wear lifts in their shoes. Otherwise, they're stuck at the height that they were given. Of course, there's nothing wrong with a woman being taller than her man, but his friends might tease him over it.

Everyone wants to feel smart. If they're stuck in a conversation that they don't understand, they're going to become insecure about their level of intelligence. No one wants to feel stupid, so try not to make fun of your man too much when he forgets the names of all the presidents that have lived in the White House.

Traditionally, men pay for their girlfriend's food when they go out on a date. If he doesn't have enough money to cover your meal, he's going to feel inadequate. He wants to feel like he can take care of his mate, even if she doesn't need his help. So if your boyfriend gets touchy when the subject of money comes up, it's probably because he wishes he could afford everything you ever asked for.

Women aren't the only ones who are embarrassed about certain aspects of themselves. Men try not to show their weak spots, but they can be just as insecure as we are. Does your boyfriend let you in on his insecurities, or does he act like he's the most confident man around?