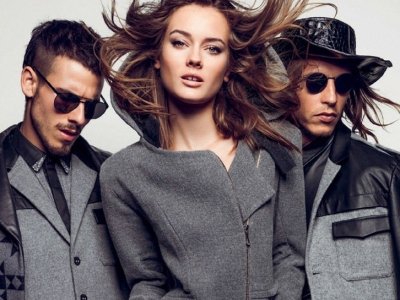 Meeting Mister Right on a speed date is like finding a needle in a haystack. Mr. Wrongs are plentiful, appearing in all shapes and disguises. The greatest thing about speed dating is it's, fun and you can meet up to fifteen men in one night as opposed to taking over two months to achieve the same outcome. That said, if you hear the following lines at your next speed date, it's a signal to raise the alarm bells before the buzzer goes off.

1. I Live with My Parents

An introduction like this is speed date suicide. There's no shame in living with your parents in your adult years. In fact, as the cost of living increases, it's becoming a lot more common. However, if a man has six minutes to sell himself and he starts with "I live with my parents," it's a serious speed date conversation crime.

In all seriousness, I did meet a guy on a speed date who genuinely loved eating spiders. As a certified arachnophobic, there was no way this Spiderman was going to save my day. Now I understand that men go on these speed dates and want to be remembered, but starting a conversation like this will only generate fascination, not attraction. Off you trot, Daddy Longlegs.

3. I Am Kind of in-between Jobs at the Moment

In other words, your prospective companion is unemployed. This is a tricky situation because you have six minutes to casually determine how big the unemployment gap is. Is it two weeks or two years? This may sound harsh, but it's the cold reality: the job does not define a man, but the job matters.

Allow me to introduce to you the player or, better still, the commitment phobic. Either way, this Mr. Wrong is only looking for something and someone very temporary. Mr. Wrong thinks by saying this disclaimer, he has now put the onus on you to make the next move and take a chance on him. Be warned, he has intentionally done this because it's his lame way of removing himself from being accountable for heartbreak. After all, he did warn you.

Does it matter what you said? Ladies, if a man is acting distracted or disinterested in your first encounter then I hate to sound like a cliché, but hes just not that into you. If this guy cannot even give you six minutes, how can you expect him to give you a lifetime? Move along, Mr. Wrong.

Questions like this are the ultimate red flag raiser. This Mr. Wrong could be one of two things, a control freak or a gold digger. Any money-driven questioning is completely inappropriate to ask a complete stranger. If this guy is already heavily invested in cash conversations early on, it's a sure bet it will be the primary topic of every conversation in his relationship.

7. I’m Just Going to Give You My Number Anyway

There are some men who like to break the ‘speed dating etiquette’ by giving you their number. In my experience, men who give you their number like this are extremely needy and reek of desperation. I made the fatal mistake of providing my number, and Mr. Wrong continued to call me for twelve months on, despite it going to voicemail every single time.

Despite coming across a lot of Mr. Wrongs, you will also meet a lot of good guys when you speed date. I’ve done it a couple of times now and I do like to go out on lengthy dates with some men. Fifteen six-minute speed dates are more efficient than any online dating site. Have you been speed dating? Tell me all about your experiences. Share your good, bad and ugly speed dating experiences with me!