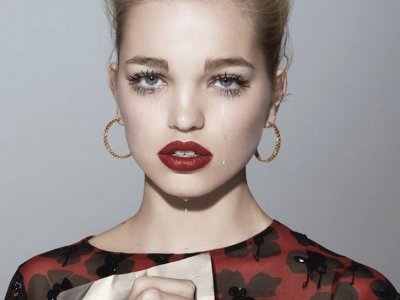 1. Venting about the Breakup

It’s so tempting to post a lot of status updates when you are hurting from a breakup. But one of the things not to post on Facebook after a breakup are your true feelings about the actual breakup. I know you probably think that your ex will see how devastated you are and rush back into your arms but this rarely happens. He’s in self-preservation mode because he is hurting as well, even if it;s not obvious on the surface.

Even if you miss your ex every second of the day, avoid posting I-miss-you messages on your wall. It will take some time to adjust being without him, so of course you are going to miss him. But don’t pour your misery out in long I-miss-you declarations. If your goal is to get him back at some point, this is the last thing you should do. Those angst-filled posts on your wall are going to make him feel secure enough to date other people because he knows you are missing him and are waiting for him to come back.

Nothing screams desperation like this post. No, it’s not romantic in this context and it won’t make him come back. These posts will only make him lose that attraction to you because he is going to see you as a desperate and lost woman instead of someone awesome that he shouldn’t have ever let go. There are times in which those three words are perfect but this is not one of them.

Okay, so you might think that maybe if he sees how much fun you are having with other guys, your ex will feel rage and jealousy and come back to you. The thing is everyone knows that it takes time to get over a relationship, so this won’t work either. Don’t post pics or status updates about all the fun you had hanging out last night with Joe, Mike or Adam. Your ex will see through your motives and know that you are trying to make him jealous. Lay low over the breakup when it comes to Facebook. It’s fine to date other guys if you are up to it but don’t announce it to the world.

Posts where you are begging him to take you back are a big NO, ladies. First of all, nothing is more unattractive to a guy than a girl that is throwing herself at him on Facebook, especially when he has stated that he doesn’t want to be in the relationship. Unfortunately, nothing will make him come back unless he wants to. Don’t beg him on Facebook or, for that matter, through e-mails, text messages or in phone calls. Keep your dignity because if it’s meant to be, it will be.

After a breakup, it’s normal for your feelings to wildly fluctuate from missing your ex and longing to be together to cursing his every breath. You can go from remembering how awesome and sweet he was to thoughts of deep rage that he initiated the breakup. Regardless of this erratic thought process that occurs in the following days and months, don’t post about them. Express your feelings through a journal instead.

Lastly, don’t get his friends involved in the breakup aftermath by commenting on any posts they make. Slandering your ex to one of his friends will only make the situation worse. His friend will defend him regardless of whatever your ex did because they are friends. And although you might think commenting on his friends' walls will make your ex come back, it really won’t. It will just reinforce his decision in his mind that breaking up with you was the right thing to do.

So those are just a few important things to keep in mind as you ride the crazy emotional rollercoaster of a breakup. Can you think of other things you shouldn't post on Facebook?