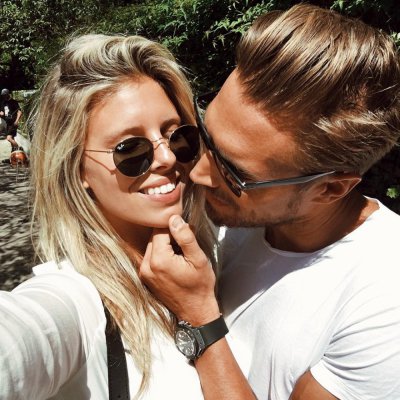 What makes a guy a "real man" that you can trust and rely on? It's not the size of his muscles or the look of his face. It's not how much knowledge he has about sports or how many women he's slept with. It's the way that he treats you and the way he treats himself. Here are a few things that a "real man" isn't afraid to do:

Yes, some men are shy. Yes, some men don't like to engage in PDA. However, your man shouldn't be ashamed of saying he loves you in public. He should be proud of having a woman like you by his side. If your boyfriend tries to hide your relationship from his friends and family, then he isn't serious about you. If he was, then he'd be happy to let everyone know that you're a happy couple.

It's 2015, which means that gender roles are disappearing. Your boyfriend shouldn't pretend to like football and hide his love of reality TV. He should do what he likes to do. If he wants to wear pink, then he'll slip on a pink shirt and walk around town without feeling self-conscious. If he likes to keep his nails clean, then he won't have a problem getting a manicure with you. He's comfortable in his body.

There are some men who never meet the right person, so there's nothing wrong with them being single. However, if a man meets the love of his life when the timing is right, he shouldn't run away out of fear of commitment. He should be brave and date her until he can call her his wife.

It's silly to think that women are the only ones who cry. Men are allowed to cry, and not just over deaths. If they get frustrated, get fired, or get made fun of, they can shed a few tears. They shouldn't be ashamed of their emotions, because they're natural. They happen to everyone.

Some men are afraid to be romantic, because their friends will hear about it and tease them for it. However, they shouldn't let their buddies' disapproval stop them from doing something sweet for the girl they love.

Men shouldn't be afraid to cook, clean, or take care of the children. They shouldn't be embarrassed if their girlfriends make more money than they do, either. If they're in a serious relationship, then they should fulfill whatever role that they have to to survive. If that means they need to stay at home while their wife works, then he should be fine with that.

A "real man" is a man who will treat you right. Is your boyfriend afraid to do any of those things, or does he do them openly?