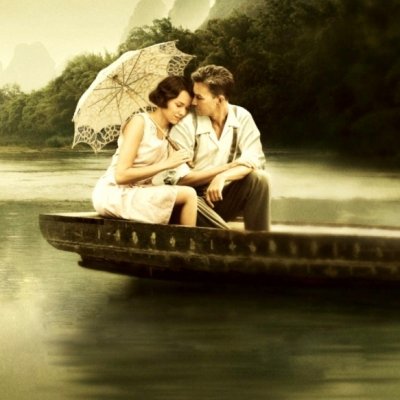 There are certain things that make a man hotter, and they don't even require much effort on behalf of the guy. All they have to do is wear a certain outfit or carry themselves in a certain way, and they'll have women drooling over them. While men are more than eye candy, it can't hurt to admire their gorgeousness every once in a while. Here are some of the things that make a man hotter, whether he's trying to look good or not:

Long sleeved shirts aren't all that sexy, but when a man rolls them up to his elbows, he has an entirely new look. He might not be altering his outfit in order to look hot, and is only doing it because he feels hot, but either way, the end result is the same. Although rolling up his sleeves takes hardly any effort, it's one of the things that make a man hotter.

Suits are only required on special occassions, which is what makes them so exciting to see. You're used to seeing the men in your life dressed in casual clothing, so when you see them looking fancy, you can't help but stare. It's a rare occurance, so you might as well enjoy it while it lasts.

When a man is holding a baby, puppy, or kitten, he'll appear irresistible. It shows that he's caring, playful, and sweet. Plus, it hints that he'd make an excellent father one day. How could you resist someone that's so good with little ones?

He doesn't have to be a bad boy in order to wear leather. Pretty much anyone can pull off the look if they wish to do so. When you spot a guy rocking a leather jacket, it's difficult to stop staring. There's just something about them that makes a man look appealing.

5. A Splash of Water

A guy might look great after an hour of putting product in his hair, but he can look just as good with his hair wet. One of the perks of going to the beach? Seeing good looking guys with wet bodies and hair walk out of the water.

Whether or not he actually knows how to ride a motorcycle, seeing a man straddle one is sexy. It makes him look like he has an edge to him, and that he's mysterious. All of the clichés associated with motorcycle riding will get you wondering about who he really is. With any luck, he's a good looking guy with a heart of gold who just so happens to be single.

When a man wears his pants low on his hips, and you can see his V-line, it's impossible to look away. He's not showing off too much skin, but he's letting you see just enough to get you curious. Of course, the better shape he's in, the more interested you'll be in his body.

Everyone has their own preferences, but there are some things that guys wear that are guaranteed to get our hearts racing. They might not mean to make you swoon, but they do so, anyway. What can a guy wear that will make you instantly more attracted to him?