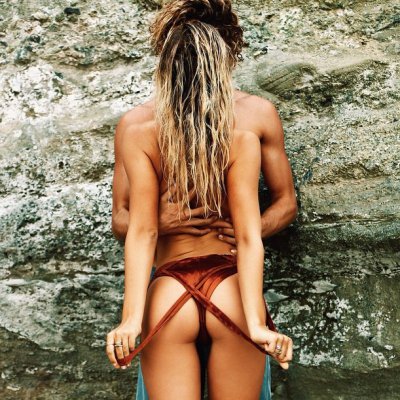 Losing your virginity is a big deal, so it should be treated as such. You don't want to sleep with someone and then regret it a few days, or even years, later. It's best to wait until you're completely ready, so that you're comfortable with the situation. However, having sex isn't going to change you as a person. In fact, here are a few other things that won't change when you lose your virginity:

If you haven't already broken your hymen by playing sports, then your "cherry is going to pop" when you have sex for the first time. However, other than that, your body isn't going to change at all. Your vagina acts like a rubber band, so it isn't going to become loose after you have sex. Your body will look the same as it always did, so there's no reason to be afraid of "ruining" it.

You should never sleep with someone in the hopes that they'll end up dating you after the fact. Unfortunately, some men are only interested in sex. While sleeping with a guy could potentially change your relationship, it probably won't. So don't assume that he'll suddenly love you if you take your clothes off for him. If he doesn't like you before you sleep together, he won't like you after you sleep together.

4. The Way Others View You

After you have sex with someone, your feelings for them probably won't change. If anything, they'll end up becoming more intense. So if you want to sleep with a guy in order to get over him, it's not a great idea. If you liked him before you had sex, you'll only end up liking him even more after you have sex.

As long as you're completely ready (and old enough) to deal with the repercussions of having sex, you shouldn't feel bad about losing your virginity. Being sexually active doesn't mean that you're immoral. Stealing, cheating, and using drugs are all worse crimes. If having mature, protected sex is the worst thing that you're doing, you can give yourself a pat on the back.

Having sex might boost your confidence, but it's not going to change you into an entirely different person. You're still you. So don't expect your life to change after sleeping with someone. For the most part, things will stay exactly the same as they always were.

If you're not 100% ready to have sex, then don't let anyone pressure you into doing it. But if you've found the right man for you and believe that you're mature enough to handle all of the things that sex entails, you shouldn't feel bad about losing your virginity. What do you think is the most ridiculous lie that women are told about losing their virginity?