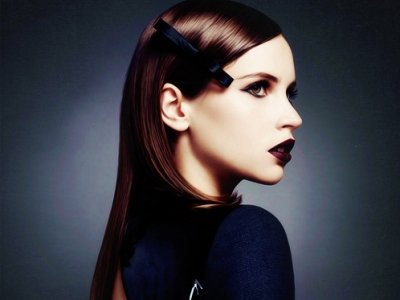 If you find yourself curled up in a little ball listening to heartbreak hits on your iPod, let’s dish about things (set to songs) to avoid after a break up. What if instead of going the conventional route at the end of a relationship, you branch out and try something a little less dramatic? Watching sad movies and singing along to sad songs (when it will feel so intensely personal), should be things (and songs!) to avoid after a break up, rather than sought after. Let’s explore the power of music.

On iTunes at: itunes.apple.com
What about Sad Songs Say Too Much? "And it feels so good to hurt so bad." Really? No, no, no, don’t even go there, Sir Elton. Love is not supposed to hurt. Love should make you feel glorious. So, what to do if he ends it? Well for starters, the songs to avoid after a break up, are sad love songs.

2 Rolling in the Deep – Adele

On iTunes at: itunes.apple.com
We all love Adele. "You had my heart inside of your hand." OMG, what lyrics! But seriously, if you keep telling yourself you could have had it all, you’re only going to stay miserable that much longer. Instead, throw on some makeup, tease up your hair, and listen and sing along to The Marvelettes up tempo "Too Many Fish In The Sea" from 1964. Now, you’re on the right track. I don’t care how great a multi-tasker you are, there’s no way you’re gonna cry if you’re singing this girl power song.

3 Every Breath You Take – the Police

On iTunes at: itunes.apple.com
Following your ex in a covert manner is a recipe for disaster. "Every step you take/I’ll be watching you" is a little more than slightly disturbing. Just the sheer preparation of it sounds exhausting. Not to mention, it could be deemed illegal. Take a deep breath and walk the other way or you might actually be talking to the police.

4 I Just Called to Say I Love You – Stevie Wonder

On iTunes at: itunes.apple.com
You probably have some text messages and even a voice message or three from your ex. Delete, delete, delete. Do it quick, like ripping off a Band-Aid. Don’t punish yourself by reliving warm, fuzzy days with your ex. And please don’t call him and hang up. Technology will tell him it’s you, but even if you can conceal your identity, what will you gain? And speaking of phone calls, when the overwhelming urge hits to call your BFF to talk about your EX-BF…step away from the phone. The more you talk about him, the more present his memory is in your mind, and the more you’ll miss him, and the two of you as a couple.

5 Breaking up is Hard to do – Neil Sedaka

On iTunes at: itunes.apple.com
Figuring out ways to get him back, after he’s made it crystal clear it’s over, is just another way to prolong the heartbreak. This is the time you have to dig deep and show yourself some R.E.S.P.E.C.T. You know that men love women who have respect for themselves, right? Not allowing yourself to get stepped on is very sexy! You know when he ended it, he ended any power he held in your life. How liberating!

On iTunes at: itunes.apple.com
Yes, he curled your hair and your toes, but now it’s over and that’s the way love goes. If this is your first heartbreak, it will seem like you’ll never recover, but it will really just make you stronger and wiser. However, if you’ve been down this road before, this is a good time to make a list, even just a mental list, about the type of man you’re attracted to. Bad boys? Men that can’t commit? What you’re feeling right now sucks, so if you find you have a pattern of attracting the wrong man, this is your chance to break away from this destructive, hurtful cycle.

On iTunes at: itunes.apple.com
Whatever you do, do not listen to this song (until you’re over him). This has to be the saddest, most dramatic love song ever, but wow, what a voice! So instead, drag yourself out of bed and pick out an action, adventure or comedy movie from your collection. Make a bowl of popcorn and get lost in a fun film. Don’t make yourself sick. Don’t dwell on it. Something magical is going to happen. Wait and see. It’s the passage of time and it will cure you.

You’re probably familiar with most or all of these songs, but if not, maybe you’ll check them out when you can listen without pain. Do you tend to reach for something that might exaggerate the sadness you’re experiencing? Is your first thought after a break up to play those sad songs and talk incessantly to your girlfriends about him? How do you handle your feelings after a break up?