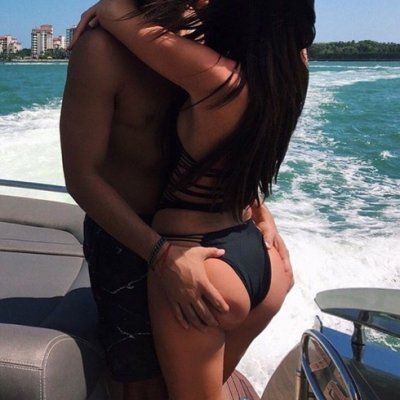 We all know that there are things we never want to hear in the heat of the moment, so it stands to reason that there are certain things you should never say during sex, either. You want to avoid awkward moments at all possible costs because, well, sex has enough potential for awkwardness all on its own. So, the next time you're doing the deed, try not to think about this list because if you do, the odds are pretty good that you'll accidentally say one of these things. Sorry 'bout that.

This goes without saying, of course – in fact, try not to use anyone else's name, period.

2. Never, Ever, Ever Say “intercourse”

It just sounds way too clinical and cold and weird, plus it's not even remotely sexy.

I think … I think this one goes without saying, yeah?

There's a time and a place for questions like this, but during sex isn't one of them.

This will never be as sexy as you think it's going to be and it not anything you ever need to say during sex unless you suffer from a spontaneous bout of amnesia.

Oh, oh no, this is just bad – nobody ever wants to hear this.

I legit laughed, but oh my god, that's so mean!

This might be the quickest libido killer ever – in fact, just avoid talking about your mom in general.

Actually, I'm horrible, but if you need to say it, say it – it won't be nice, exactly, but at least it's honest, and honesty trumps niceness sometimes.

The thing is, this can totally happen, you can absolutely feel compelled to ask this, and you can definitely feel this way – but there's probably a slightly nicer way to go about it.

If someone baby talked at me during sex, I think I might hit them.

Oh, yes, this is a thing, but I mean, I don't know, I love my phone and everything, but I'm pretty sure this is one time when you just need to leave it on the nightstand or something.

Hey, I get it – you deserve to get yours, too, and it's beyond frustrating when that doesn't happen.

Did you ever notice that you're much more likely to be bluntly honest when you're really bored?

I'm gonna go out on a limb and say that if you feel compelled to ask this, you probably are really, really … really bored.

Only because you should probably say so at some point beforehand, but really, this one all depends on you and your partner.

Actually, no, you should absolutely feel free to say this during sex if your partner's trying to do something new without talking to you first.