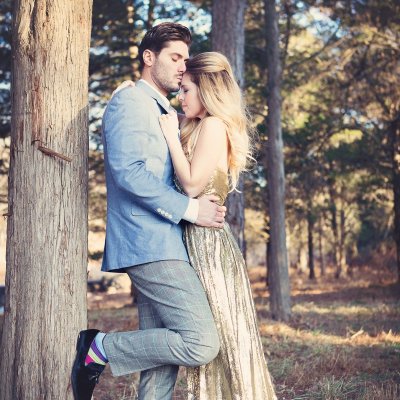 Even though it's more acceptable by society for a man to be obese than for a woman to have a few extra pounds on her, your boyfriend still feels insecure. He can't help it when you're always drooling over Chris Hemsworth's muscles. No matter how many times you tell your boyfriend that he's the hottest guy you've ever seen, he's still going to worry about his flaws. You can't blame him, because you do the same exact thing.

2. He Doesn't Know Everything

Your boyfriend wants to have the answers to all of your questions. He wants you to be able to rely on him, so when you ask him about how a car engine works, he might fib in order to sound smarter than he actually is. He can't know everything about everything, but he wishes that he could, because all he wants to do is impress you.

Women are the ones who constantly get accused of being jealous, but your boyfriend is guilty of it, too. When you talk to your guy friends, he might completely trust you and know that you won't do anything wrong. However, he'll still wonder if your friends are wondering what you look like naked, and that bothers him. He wants you all to himself, even in his imagination.

Even if your boyfriend has never cried in front of you, he's definitely cried at some point in his life. It's just human nature. Maybe he shed a few tears at the end of Titanic, or maybe he bawled when his puppy died. Either way, he's capable of producing tears, no matter how stoic he pretends to be.

5. He Likes Your Shows

He might complain whenever you switch the channel to Bridezillas, but he secretly enjoys watching some of your reality shows and soap operas. No one knows why, but they're just so addicting. Once you watch one episode, you're stuck watching them all.

You're not the only one who needs a certain brand of shampoo to get through the week. Your man won't admit it, but there's probably a certain deodorant or cologne that he can't live without. If he runs out of it, he'll freak out just like you do when you can't find the right scent of hand sanitizer.

7. He Cares What You Think

When he goes shopping, a part of him will wonder if you'll like what he looks like better in the gray shirt or the blue one. When he gets a haircut, he'll wonder if you'll prefer it shorter or if you'd like for him to keep it longer. He might not actually ask you for your opinion, but he's always thinking about it.

Some boyfriends are open about these things, but others try to hide them for as long as they can. Either way, they're definitely on his mind. Have you noticed your boyfriend doing any of the things on this list?