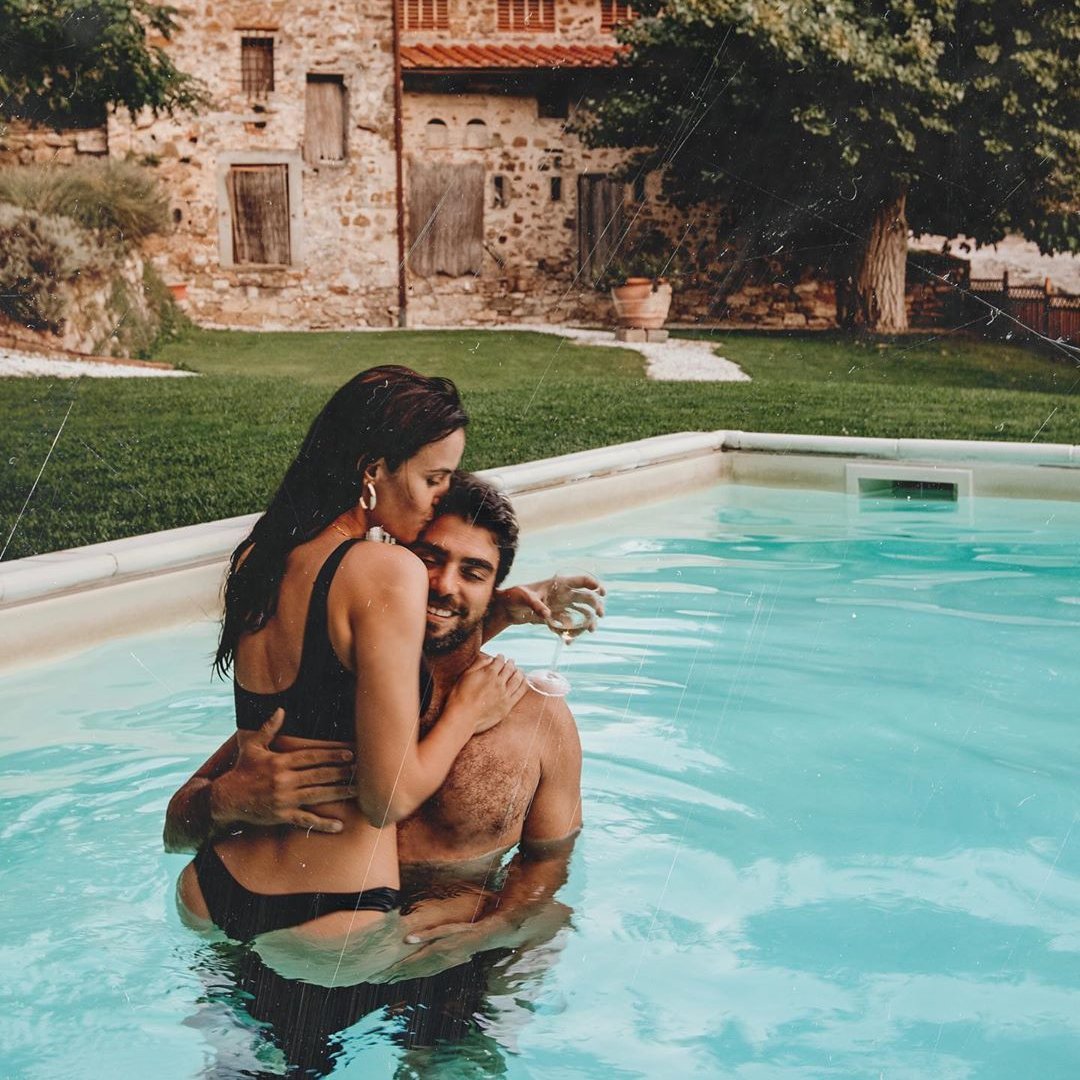 A silky black blanket was wrapped around my chest, covering my breasts and everything below. Derek was under the same blanket, but he let his upper half peek out from it. I could see his bare arms, his defined abs, and the treasure trail that led down his stomach.

But when I looked up at his face, he was scrunching it. "I can't keep doing this," he said.

I just laughed as I grabbed my bra and slipped it on. Then I worked on sliding into my underwear. "Could you be anymore cliche? You sound like an actress on a soap opera."

I released a shaky breath. "No."

"We already hang out all the time. We've been to the movies and the mall and the diner. This time, the only difference will be that we'll call it a date. It's not that big of a--"

I slid off of the bed so I could slide into my jeans. "If you can't keep doing this, we won't. I'll stop coming over."

"I don't want that. I just want to show you off. Make it official. Call you my girlfriend."

"I'll never be your girlfriend."

But I couldn't say any of that. I needed a lie that would make him stop calling, so I said, "Because I've been sleeping with someone else."

Two weeks. Derek hadn't called in two weeks. It was what I'd wanted, so I didn't understand why I wasn't getting any sleep and couldn't eat breakfast without feeling like I was going to vomit.

After I banged a few kitchen drawers a little too forcefully, my mother found her way into the room. "All right," she said in a playful voice. "What's the problem? You've been acting like a brat for days."

Her eyes fluttered. "Excuse me?"

"Because he cheated on me. Next question."

"Why do you date other men?"

A pause. "I don't understand."

What **I** didn't understand was how she could date after what had happened with dad. Sure, I understood why she spent some nights with random guys, but I couldn't wrap my brain around how she could date some of them for months. The one she was seeing now had been around for at least a year.

"How can you date other guys after what dad did to you?" I asked.

Her eyes squinted, but her mouth widened. "Your father didn't do anything to me. We were happy. We got married. We stopped being happy. We got divorced."

"And you're fine with that?"

"I wasn't at first. Of course not. But you do realize I don't regret any time I spent with him, because--"

"Because you had me."

"Well, that too." She smirked as she picked up a mug from out of the drying rack. Dad had bought it for her. I never understood why she still used it. "But I was going to say that I visited France with him. He taught me how to start a fire when we went camping. I taught him how to ski when we went up to that nice cabin I love. I don't regret any of that. They're nice memories."

Tears dangled from my eyes, but I tried to keep them from falling. "So you're not the least bit upset your marriage failed?"

"When you graduated from high school, you were upset, but then you got to go to college and now you're having a great time. But just because you're having fun in college doesn't mean you regret your time in high school."

Her comparisons were always ridiculous enough to make me pop a smile, but that didn't make me any less upset.

After handing me a piece of paper towel to wipe my face, she asked, "Are you moping about Derek?"

"That's a yes." She let out a soft sigh. "Listen, you can get your heart broken whether you're in a relationship or not. You're single right now and you're miserable, right? So what's the difference if he breaks your heart in a few months? Your heart's broken now. So you might as well get the experience of dating him instead of moping around."

After she pressed her lips against my cheek, she said, "That was pretty good advice, wasn't it?"

"Yeah, yeah. A+ mothering," I said, adopting her playful tone. "Give yourself a pat on the back."

She just laughed and left the room, so I could have privacy while I called up Derek to apologize--and to ask him on our first official date.

** That's the end of the story, folks! Hope you enjoyed it! If you'd like to read more, check out my other short story, Searching For a Soulmate: **