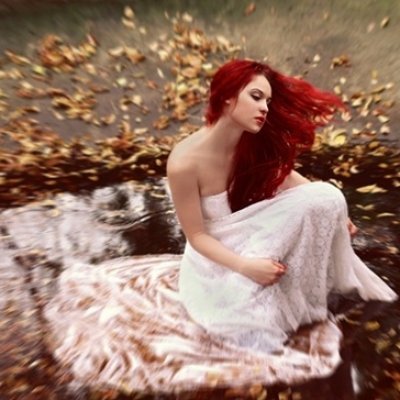 It's terrifying to think about dating again after a heartbreak, but you eventually have to move on from your ex. Once you're completely over him, it's time for you to put yourself out there again. You can't refuse to let yourself love again because you were hurt by a fool in the past. Here are some tips for dating again after a heartbreak that will make it easier for you to trust again:

Remember that the new men you meet aren't going to act exactly the same as your ex did. If your ex never called when he said he would, that doesn't mean that another guy will disappoint you in the same way. One of the biggest tips for dating again after a heartbreak is to not let your past problems affect your current situation. Not all men are the same, so you could meet someone completely different from your ex.

Whenever you let yourself care about someone else, you're opening yourself up to the possibility of pain. That thought isn't something that should scare you away from loving again. It's meant to reassure you that your fright is justified. Love always involves pain, but it's still worth it.

Big risks can lead to big rewards. If you refuse to ask out your bestie because you don't want to ruin your friendship, you could be missing out on the best thing that ever happened to you. Don't talk yourself out of doing something that could make you happier than ever. You just have to go for it.

Yes, you got hurt, but it was by your ex, not the new guy you're out on a date with. So when he asks you about your family or your dreams, give him an honest answer. Don't be closed off because you're scared of getting hurt. If you want a relationship to work, you need to be honest and more importantly, be yourself.

Don't think that no one will want you because of all of the baggage that you have. The next guy you go out with will most likely have as many bad things in his past as you do. You're not the only one who has been hurt before, so don't think that you're alone.

Not every date will lead to a relationship. Instead of fretting over whether you'll get a phone call the next day, you should focus on having fun. Even if the man you're out with doesn't end up becoming your husband, at least you can say you had a good time.

It's scary to put yourself out there in the dating world, especially after knowing how horrible heartbreak can be. However, you can't hide away in fear of getting hurt again. You have to be brave if you want to be happy. Have you ever gotten your heart broken?