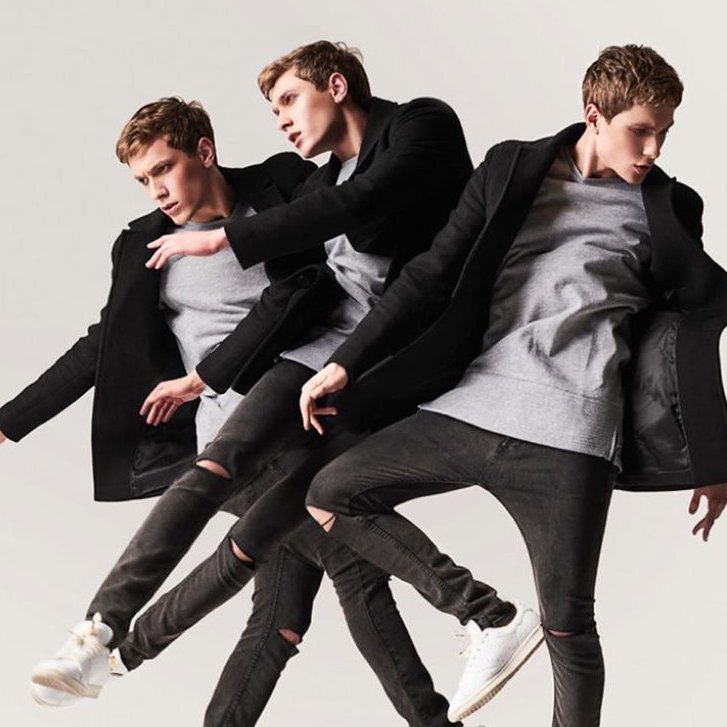 Insecurity can cause a lot of issues in a relationship and seems to have already led you here to seek out ways for how to deal with an insecure boyfriend. An insecure guy can tend to be overly jealous, make ridiculous accusations, constantly bombard you with calls and texts, or become moody at a moment's notice. If you feel like your guy is worth the extra effort to help him get past his insecurities in the relationship, then here are tips on how to deal with an insecure boyfriend to help you out!

The first thing you should do on how to deal with an insecure boyfriend is look at yourself. See if there are any ways that you may be contributing to his insecurities. Do you flirt with others? Do you do things to make him jealous? Do you ignore him? Make sure you're not giving him reasons to distrust you which may be adding to his insecurities. If you are 100% sure that you are not contributing to how he's acting at all, then stand your ground. Make sure you're not giving up your friends or your life to make your guy feel more secure when you've given him no reason to distrust you.

2. Give Him Subtle Reassurance

Just like we girls like being told we're beautiful, guys like being told they look good too, whether they admit it or not. Don't patronize him and make it obvious that you're trying to boost his self-confidence, but if you notice he looks good, tell him! Comment on his new shirt or that he smells amazing today. Also, try not to comment on other guys' appearances when you're around him as he may start comparing himself to them. Save your Bradley Cooper comments for your girlfriends, at least until your guy seems less insecure.

3. Remind Him to Communicate

Remind your guy that he can always communicate with you if he has jealous thoughts or feelings to help put his mind at ease. It can be annoying when your guy becomes jealous often, but try to remain calm. You may be surprised to find that your guy is upset over something you did that you didn't realize was upsetting him and letting him know you'll stop may fix the issue right away. If however he continues to accuse you of things, let him know that the relationship is never going to work unless you listen and trust each other.

4. Talk about His past

His insecurities may stem from bad relationships in the past and he's taking it out on you. Although it may be tough for you to hear, ask about his past relationships and what went wrong. If someone cheated on him in the past, it may be affecting his new relationship with you now. Reassure him that you are nothing like his exes and you'd never do that to him. If anything, share a tale of ex-boyfriend woe with him where the same thing happened to you. Realizing you've both been hurt by someone in the past can bring you closer together and let each other know that because it happened to you, you'd never do that to someone else.

Some women tend to fall into the same patterns and behaviors as their guys. Don't become insecure and jealous just because your guy is. Sometimes, we may think that a guy questioning our love for them or faithfulness will make us think that they are the ones who are unfaithful or falling out of love. That's not always the case. Questioning yourself because of your guy's insecurities is never a healthy space to be in and needs to be dealt with. But starting to each point fingers at one another is sure to lead to more fights, and eventually a break-up, so don't fight fire with fire!

6. TAKE Him out with Your Friends

A big reason your guy may feel insecure is if you keep telling him your with this person or that person and he has never met them before. This is especially true if you have a lot of guy friends. So next time you meet up with your friends, make sure you take him along. Getting to know your friends may help him see that there's nothing to be worried about when you go out without him. You shouldn't have to give up your friends because your boyfriend is insecure, so if after meeting them he still doesn't like that you hang out with them, you may need to decide if he's really worth giving up your social life for. Usually, he's not.

7. Watch How You Dress

Before following this tip, ask yourself if it's really worth it to change your style to make your guy happy. If it is, then take a second to think about how you dress. Do you wear a lot of low cut tops, short dresses, and super high pumps? If so, it's probably causing a lot of guys to pay attention to you even if you're with your boyfriend. This may be causing him to be even more insecure. Try to tone down your outfits as you shouldn't need other guys to pay attention to you now that you have a boyfriend you care about. Still look gorgeous, but try to be a bit more conservative if you can. I'm sure your guy will appreciate not feeling like he's going to get into a fight every time you both go out in public.

Everyone is insecure about something! If you're insecure, make sure that your boyfriend knows. When your boyfriend knows that you're insecure too, he'll probably be more open to tell you what is bothering him. Personally, I'm very open with my boyfriend about what I'm insecure about and what bothers me. This has been really helpful because it has not only brought us closer, but it has also made him more comfortable to tell me about his insecurities.

9. Make Sure His Insecurities Are Real

A lot of people, not just men, can use insecurities as a manipulation tool. You should be able to tell by the way he speaks to you if he is being sincere. Most of the time the insecurities will be sincere, but it is possible you could be being manipulated. If you feel that he is using his "insecurities" to make you feel bad or make you feel like you're doing something wrong then they're likely not real.

10. Show Him He Has Nothing to Worry about

If your boyfriend is insecure, he may feel like he's going to lose you to someone else. Show him that he has nothing to worry about! Go out with him and when someone hits on you or tries to talk to you, ignore it! What I do, is I tell my boyfriend if someone has tried to hit on me when he's not around. He knows that he can trust me because I'm not hiding anything from him. Make jokes about the people who try to hit on and talk to you on the streets; this will show him that you don't take it seriously and so neither will he.

Your boyfriend isn't going to just believe everything you say when you try to boost his confidence. He's probably going to disagree with you sometimes or just ignore you altogether. It might be very frustrating, but these things don't change overnight. There are likely reasons that he feels this way so he just needs to learn that you're there for him and not going to hurt him. Be patient with him and one day he'll come around.

Therapy can be extremely helpful, depending on the situation. If you think your man would benefit from it, then try to casually bring it up in a conversation. You could even join couple's therapy. That way, he won't feel like he's the only one with a problem.

No matter how gorgeous Dave Franco looks in the movie you two are watching, don't comment on it. Yes, his smile is to die for, but your boyfriend won't be happy to hear you fawning over another guy. Be careful with what you say, even if it doesn't seem like a big deal to you.

If he's insecure, he's probably worried about you breaking up with him and leaving his life. That's why you should make sure that you're not only his girlfriend, but also his best friend. That way, even if you two split up, he'll know that you'll still be there for him.

If your boyfriend always rants about how stupid he is, you shouldn't always correct him. Sure, it's usually for the best to tell him how intelligent he is, but sometimes he won't want to hear it. On those days, you'll just have to let him rant.

This should be obvious, but if your boyfriend is insecure about his weight, don't make jokes about it. Even if it seems like he's in a good mood at the moment, the jokes will hurt him. It's best to avoid the topics you know will set him off.

If he ends up crying in front of you, don't act like you're weirded out. If you really want to be with him, then you need to be there through thick and thin. That means that you should encourage him to express his emotions, not urge him to bottle it all up inside.

If you can afford a few gifts, why not buy him something nice? If you're nearly broke, then you can just invite him out for ice cream whenever he's feeling low. It'll boost his mood, but it won't break your bank.

If you've read an inspirational book or heard a motivational story on TV, pass it along to your mate. You never know what he'll identify with the most. You could end up showing him something that changes his life for the better.

If your man is insecure, you need to let him have some time to himself. He might prefer to sit at home alone and read, or he might prefer to go out with his buddies. Don't get jealous of his friend time. It's healthy for him.

If your boyfriend is worried about losing you, you should make sure to text him back as quickly as you can. If you wait too long, his head will fill with ridiculous scenarios. He'll worry about you cheating or getting hurt, so do him a favor and respond promptly.

23. Be Secure with Yourself

Make a pact with him to stop tearing yourselves down. If he sees you making fun of yourself, then he's going to think it's okay to do the same. It's healthier for the both of you to think only positive thoughts from now on, so no more negativity!

If your boyfriend starts verbally abusing you, please get out of the relationship. Blaming his insecurity is not going to make you feel any better in a relationship like that. I've been in a relationship like this (so have some of my friends) and it was really emotionally draining. Sometimes your guy's insecurities can be talked through and worked out simply by communicating correctly. But if you've tried all of these suggestions and you feel like his insecurities are causing you to be in an unhealthy relationship, it may be time to move on. Have you (or are you) dealt with an insecure boyfriend? Did it work out in the end?