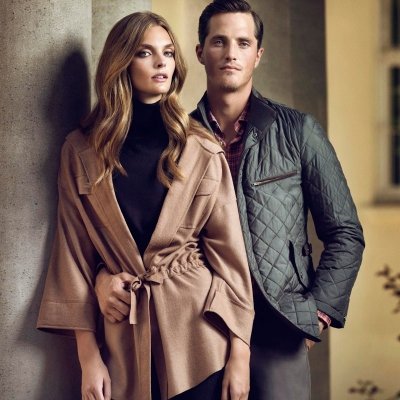 There are so many great guys out there, but so many types of guys you don't want to date too. I have had the (dis)pleasure of dating guys in most of the following categories, so I realize first hand why these are the types of guys you don't want to date. Obviously, men are made up of more than one quality, but if you find that your man displays one of the following characteristics, get out of that relationship before it gets too serious. It will save you a lot of heartache in the long run.

The Moocher may begin by taking you out to dinner and paying for you, but he will quickly change his game once you two are together. You will catch him raiding your fridge, asking you to buy his drinks, and even telling you to pay for your own dinner after he offered to take you out. These types of guys are easy to let go of since mooching is such an unattractive quality. Just make sure you catch on to what he is doing before you get too attached!

The Player will be one of the smoothest talking and romantic men you will ever meet. He will literally be your Prince Charming. But don't be fooled! You won't be the only girl he's luring in, and since he has trouble committing to just one person, you can bet that he will never be faithful to you.

The Sex Addict will insist on having some kind of physical "activity" with you whenever he gets the chance. Most women don't have the same sex-drive as men do, so if you find yourself struggling to keep up with your guy now, dump him! Women's sex-drives tend to decline with age, so don't get your hopes up that this one will improve with time.

At first, the Poor Communicator will seem like the kind of guy who doesn't get upset about anything, (which can be a great quality if you have ever been in a turbulent relationship), but you will soon realize that his lack of emotion doesn’t mean he doesn’t get upset, but that he lets his feelings boil up inside because he doesn’t know how to deal with them. Poor communication is an extremely unhealthy quality in a relationship. So, if your guy can't (or won't) communicate his feelings with you, realize this will only lead to bigger problems down the line and get out of that relationship sooner rather than later.

The Constant Crier may seem like your biggest sweetheart at first, but you will quickly realize he uses crying to avoid any and all issues with your relationship and in his life. If you start to notice that every time you confront him with a problem he cries, run! And try to get out before the massive waterworks start.

And, alas, the Gay Guy. He will be extremely sweet and take on a lot of your interests. He may enjoy shopping with you, watching chick flicks, or even painting your nails. If you find that your guy is more like a BFF (and seems to have a wandering eye for other men), please follow your instincts and realize he is not the man for you, even if he hasn't realized it yet.

There are many different types of guys we should avoid dating. What other types of guys have you realized should be avoided in the dating game?