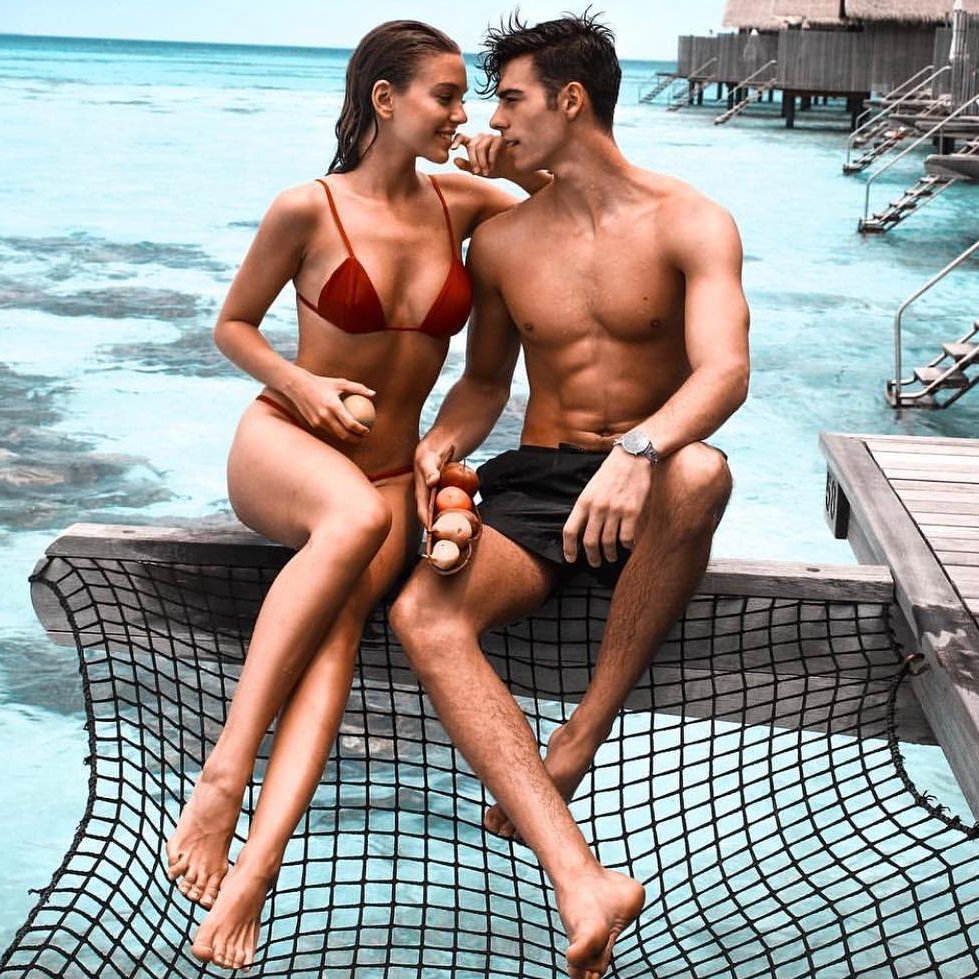 Most women are terrified of being hurt by a man or not being able to see the signs he's a womanizer. Well ladies, I'm here to help point out 13 clear warning signs that you're dealing with a player! If you are looking for signs he's a womanizer in your boyfriend but can't pinpoint them yourself, stop worrying. Just take a look below and see if your boyfriend has any of the traits that I've listed!

One of the easiest signs he's a womanizer is the way he picks you up. The guy you deserve is someone who is sincere and humble when he talks to you. Shyness is endearing when it comes to guys because it gives a woman a sense of confidence. The womanizer is the alpha male who name drops everyone he knows, talks about the car he drives, and says the sleaziest pick up lines you can think of, such as "I'm going to make your night, pretty lady." An abundance of jewelry around his neck and bright peacock clothing are major signs that you need to take off!

2. His Words Don't Equal His Actions

Girls, we have all dated that guy who makes promises he never fulfills, right? The one who tells you he likes you, wants to introduce you to his family, and promises to take you out to all these places, but none of that really seems to come to fruition. This is a major sign he is a womanizer. If he isn't taking his time out for you, he either is spending it with someone else or is just not that interested. Find yourself someone who jumps at the chance to be with you!

3. Only Wants to See You Late at Night

In my opinion, this is the number one warning sign he is a womanizer. When you aren't receiving phone calls, texts, or emails anytime before ten at night, he only has one thing on his mind. A guy who wants to be with you will make it clear to you, and by that I mean he will ask you to go on a hike, or a lunch date, or send you a smiley face asking about your day. A womanizer asks you where you are at, and if you want to "hang out." Don't take that text, because he is interested in more than what it says. Any plan after the sun is down that wasn't made previously is the easiest way to tell if you are dealing with the typical womanizer.

Yes ladies, we all love to hear how funny, beautiful, and amazing we are, but we also know if a guy overdoes it then it becomes a bit sketchy. When a guy looks deep into your eyes and sincerely tells you he cares about you and that you are beautiful, it's a weak in the knees moment. But I want you to think of the rule, "a guy will say what he needs to say to get into your pants." The moment the guy highlights every aspect of your appearance and personality more than 5 times in a conversation, it's a top sign he is a womanizer.

5. Never Calls You after You Hook up

This is one of the most common loser moves a guy can pull on a girl. They make us fall for them, and then we spend a night with them, and next thing you know he disappears, never to be heard from again. The best thing to do is stop wasting your energy thinking about it and move on. He clearly wanted one thing from you, and it's a waste he didn't see what he's missing.

I am sad to admit it but the time I spend on my computer is used to listen to music, check my email, and mainly stare at social media sites. When a guy I'm dating is friends with me online, I check to see what his photos and wall look like. If there are a bunch of girls commenting, saying things like, "I had so much fun with you last night, we need to do it again!" then it's a huge red flag. When he is responding to them or asking them to hang out, it's a double red flag. This shows he really isn't interested in me, he is just interested in hanging with the girl population.

7. Has Been Single a Long Time

Some guys who don't want to be in a relationship are either afraid of commitment or don't want to be tied down. In both cases they enjoy flirting, dating, and leading many women on. When you're getting to know a guy that you are interested in, find out his past history on relationships. If he has been single for a few years, or tells you he isn't looking for anything serious, that is a sign he is a womanizer. However, if he has a history of relationships lasting from 6 months or more, go for it, girls. That one is definitely an available option.

Of course we all know it is human nature for men to check out women. The wandering eye is okay as long as it doesn't wander away too long. However, if you are out with a man and he is paying more attention to the other women in the room than he is to you, that's a major warning sign. When a guy you are with goes over and flirts with girls in front of you, or has a conversation with them longer than yours was, it's time to let this loser go. He isn't interested in being tied down, he is interested in playing the field. Make sure you are the number one priority for any guy you are with.

Guys who can always be found at the local bar or dance club, and rarely ever miss a weekend or weeknight without going to one, are most likely womanizers. They hang out at these places because they're not looking for anything intimate. They prefer to be in jumping social spots with lots of women. They like to be exposed to multiple women at one time, where dancing and drinking likely occur and they can indulge in it all.

If your guy is always apologizing for not calling you or seeing you, this isn't normal, girls. He's apologizing because he is trying to prevent an argument and to keep you catching him in the act. He's also trying to soften your guard by making you feel bad that he's having to apologize. If he's always apologizing and never changing, take your sign!

Does your guy call you "baby," "sweetheart," and "gorgeous," instead of using your name? If you haven't been dating him long, he's probably a womanizer. Many men do this not only to make women swoon, but also to make them feel more wanted or to seem more personal. In reality, he does this because these names are easier to remember than the individual names of the long list of girls he's been talking to.

If he holds you back from meeting his family, it could be because he's a womanizer. This isn't always the case, but if a guy doesn't want you in his personal life or want his family to know you just yet, there might be a reason.

This is one trait I truly hate in men. It's not only disrespectful, but such a sign he's a womanizer! Don't let your guy do this in front of you. Confront him about it, and ask him why he feels the need to fill all your conversations with crude remarks about sex and women.

All in all, the man described above doesn't sound like anyone you would want to be with, so why even waste your time dealing with it? Save yourself the energy, and stay clear of that guy before he takes up any of your precious time. All you need to remember are these 13 warning signs he's a womanizer and before you know it, you'll land yourself a good hearted stud instead. How many experiences have you had dealing with a womanizer?