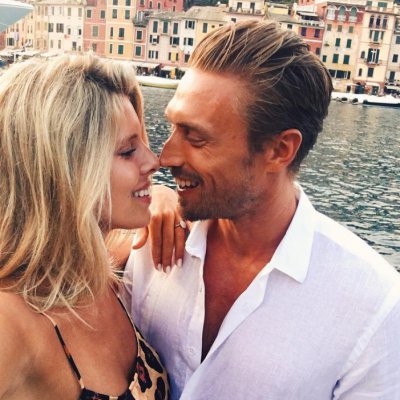 Ladies, let’s be honest, an emotional affair can be just as devastating if not more than a full-blown sexual affair. In case you’re not familiar with the term, an emotional affair is basically an affair of the heart. There’s flirting and although there isn’t any sex going on and there’s a lot of sexual chemistry between the two of you. This is a lot different from a platonic friendship between a man and woman since there’s an attraction and sexual chemistry there. Want to know more? If you have a sneaking suspicion that your man might be having an emotional affair, keep on reading to find out.

1. He Thinks the Two of You Would Be Friends

Does he casually mention that he thinks his friend seems like the type of person you’d be friends with? At first, you might think that’s it’s sweet that he would consider someone good enough to be your friend. But, if he mentions this but does whatever possible so the two of you don’t hang out or even meeting one another, you might have an emotional affair on your hands.

2. He Accidentally Calls You by Her Name

We all slip up sometimes and get names confused, right? Honest mistake. But if we’re talking about messing up on names while it’s during something sexual, this is a huge red flag. Yes, we all get names mixed up at times but during an intimate moment, it’s much less likely. How often have you accidentally called your man by your close guy friend’s name?

3. She Has Her Own Ringtone

Have you noticed that whenever she calls or texts, she has her very own ringtone? It should make you wonder why she would require her own ringtone when even you and his mother all have the same one. He might say that it’s because it could be work related, but is this true for all of his coworkers? There could be a legit reason behind this one but you should still keep those feelers out in case.

4. They Have Lots of inside Jokes

Inside jokes can be harmless and we might have many inside jokes with our coworkers or classmates. But in this instance, we’re already somewhat suspicious since there are already some other red flags present and they have a ton of inside jokes together where he just can’t find a way to explain their inside connection.

5. He Compares the Two of You

No one wants to be compared and it’s odd that he would even compare you, his significant other, to someone who is supposedly just a casual friend. Even if it comes across as a compliment to you, it might not be such a good thing that he’s thinking about the two of you in that way and you’re sharing the same mind space.

6. He Suddenly Has New Hobbies and Interests

Does your man all of sudden have a big interest in a certain TV show or sport? We can all develop new interests and it could be due to the influence of our friends. But, if your guy is the type who has an established set of interests and rarely strays from it, it could be something worth looking into. There could always be a devious reason behind his sudden interest in reading Eckhart Tolle books.

7. He Has Been Clothes Shopping with Her

Most guys I know would rather get a root canal than go clothes shopping when they have some spare time on their hands. If he has been clothes shopping with her, this should raise some flags. He’s changing clothes, there’s probably a lot of flirting going on, and he wanted her opinion on what to wear instead of asking you to go and help pick out clothes.

8. He Hasn’t Known Her Very Long but Considers Her a Sister

Calling someone you haven’t known very long a sister is pretty suspect. I mean, how many guy friends would you seriously consider “like a brother,” if you’ve known them for a limited time and in a limited capacity? I’m willing to bet very few people would consider work friends like a family member. If he says his platonic work friend, keep note.

It’s natural for a male friend to be somewhat protective of his female friends. We all want the best for our friends and if we see our friend falling for someone who is clearly not worth their time, we’ll step in. However, if your guy doesn’t like any of her dates and feels like no one is good enough for her, he could be thinking he’s the best one for her.

Did any of these sound familiar to your situation? In isolation, these signs are fairly harmless but when you combine a few of these together, it could mean that there’s an emotional affair going on that you need to confront.