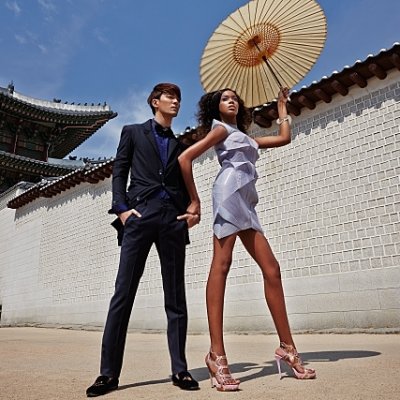 If your boyfriend is super proud of landing a lovely girl like you, he'll want to show you off as often as he can. Why would he pretend to be shy about it? He wants everyone to know that he's lucky enough to have the best girlfriend in the world. Here are some ways that your boyfriend might show you off if he's in the mood to brag:

Is his profile picture on Facebook a photo of the two of you together? Is his Instagram filled with more snapshots of you than of him? If he tries to post as many pictures of you as he can, he's doing it to show all of his online friends that his life is going well. He knows that landing a girl like you is impressive, so why wouldn't he want to brag about it?

Does your man always ask you to join when he goes out on the town with his friends? It's because he wants them to see what an awesome woman he has. Of course, he probably hates to spend a moment without you, as well. He loves you, so he wants you around as often as possible.

You don't need to be next to him in order for him to show you off. He might do it without you ever knowing it. When he's alone with his friends or chatting with his parents, he might bring up something funny that you've said or something awesome you've accomplished. Your looks aren't the only thing worth showing off, you know.

Some people may find this one a little creepy, but others will find it adorable. If he has a nice photo of you, he could use it as the background on his phone or his laptop. It's like the modern version of leaving a photo of you on his desk at his office.

If you have a soccer game or are walking the catwalk at a local fashion show, does he invite all of his friends to attend? If he wants them to see you in action, he's super proud of you. He knows that you have talent and he wants everybody he's ever met to know it too.

Even if your man doesn't do these things, he's probably still proud of you. Some men are just more subtle than others. Does your boyfriend show you off in any of these ways? Or maybe you're the one who always shows him off? Tell us all about it!