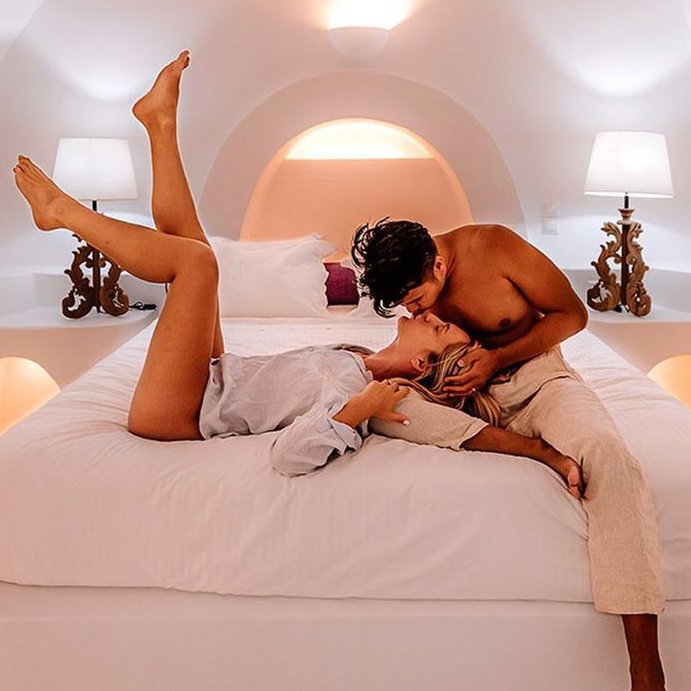 Men aren't always the most mature creatures. When one is crushing on you, he might not know the proper way to express his feelings, so he'll decide to just tease you instead. Sometimes the playful things he does will seem cute, but they can also get pretty annoying if you're not in the mood to deal with them. But instead of getting mad at your male friend every single time he purposely bothers you, you should consider whether he might have a crush on you. To figure it out, here are some ways men commonly tease the girl of their dreams:

Is he super competitive, but only with you? If he's always trying to make something into a contest to see who can finish their work the fastest or who can tell the funniest joke, then he might just be into you. Competition is a fun thing for men, so if he's always challenging you, it's a good sign. As long as he's not rude about it, of course.

This is one of the most childish ways to tease someone, but a lot of men do it. When you fangirl about how much you love American Horror Story, does he mimic you? If he does, pay close attention to what he's poking fun at. If he's being lighthearted and teasing you for your crush on Evan Peters, he could be jealous.

Does he disagree with everything you say just to annoy you? If you know he loves dogs, but fights with you about how cats are way better, then he's just in the mood to joke around. He likes seeing you get into passionate discussions, because he finds it attractive.

4. He Points out Little Things

Does he always point out little things about you, like how you keep biting your lips or how you always hum when you're bored? If he makes fun of you for those things, it means he's paying close enough attention to actually notice them. If you have a crush on him, it's a great sign that he likes you, too.

Does he give you an embarrassing nickname that he knows you can't stand? If he's just doing it playfully, then he likes you. If he's doing it to be a jerk, then you don't want him in your life. It's all about his attitude when he says it to you.

Sometimes, teasing is physical. He might try to tickle you, to poke you, or to punch you in the arm. Whatever he does, it's an excuse to touch you. It shows that he can't keep his hands off of you.

When he sees you talking to a guy friend, does he accuse you of liking him? If he does, then he might be waiting for you to disagree with him so he can be assured that he has a chance with you. He doesn't want to ask you directly if you like another guy, so teasing you is a better way to find out the answer to his question.

Sarcasm is a great way to know a guy likes you. It's more subtle than actual teasing, but it's humorous, he'll be able to get a rise out of you probably, and he gets to touch on your sense of humor without being too offensive or too blunt. Plus, if you're sarcastic back, he may actually get the hint that you like him too!

9. He Finds Any Excuse to Touch You

Is he poking you? Accidentally bumping elbows while you're walking? Or perhaps he's bumping his leg against yours while you're out to eat; whatever the case, if he's finding little excuses to touch you, he's definitely teasing you! He's probably too afraid to make a bold move so by doing these things and seeing how you respond, he'll know if you're receptive to his actions or not.

10. He Pokes Fun of Your Interests

If a guy is teasing you for your favorite TV show or movie, if he's making light jokes about your favorite hobby, he's probably teasing you because he likes you. If he's doing it a few weeks after you said something about it because it casually came up, he's showing he remembered without having to make himself too vulnerable before he knows how you'll respond to his feelings towards you.

If a man in your life does any of these things playfully, without being mean about it, then he's probably interested in you. Does your crush or boyfriend ever treat you like this?