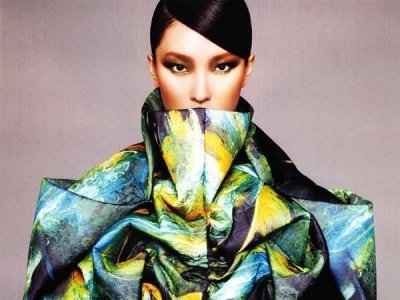 If someone offered you a foolproof way to end an argument, would you take it? I certainly would. I can’t stand being mad at people, and I hate feeling like people are mad at me! Luckily, there are other ways to end an argument than to wait it out, or to wish for a magic cure. So while I’m still hoping that arguments become a thing of the past for everyone, here’s how to cope with them – it’s changed my life.

People who start arguments are angry. That means that to end an argument, you need to let that negativity out first. Let them vent, and don’t interrupt. While it can be really tempting to defend yourself or start laying out all the reasons that you’re unhappy too, that will just make it worse. You’ll intensify the anger, and increase the need to win. Instead, take a deep breath and listen. Everything will be more productive post-vent.

When you do start talking, refer to things being “from my perspective”. Not only does it show that you are thinking about things from other viewpoints but your own, but it is also likely to make the other person less defensive. That means that they’ll automatically be less combative, and more hopeful and open-minded. Sounds like a great way to solve an argument.

3. Remember How You Want to Be Treated

This one might be as old as time, but it’s still worth remembering. In a relationship, you constantly mirror yourself. Your energies, actions and emotions are all aligned. That means that if you want your partner to be co-operative and positive, you should make sure that you display those qualities. If you behave hostilely, they will too.

4. Remember Why You Love Them

Think about something that you love about your partner. Something that really attracts you to them, and makes them amazing in your eyes. Keep that in mind whenever you argue with them, and you’ll be much more honest, and much more authentic. Reminding yourself why you love someone will keep your feet grounded, and stop arguments from flying out of control.

You aren’t arguing so that you can come out on top. Well, you shouldn’t be. If your relationship has got to the stage where you argue to feel good, it’s probably time to part ways! Otherwise, remember that winning isn’t the aim. Sorting the problem out, or talking it over, is the target. Focus on that, and you’ll be much more likely to get there.

You don’t need to voice every thought and opinion than you have. Really! While you might be entitled to have your own opinion and form your own views, you shouldn’t offer them all up for scrutiny. Think of the classic Martha Stewart case – she declared her opinion that bloggers hardly ever know what they are talking about, and are rarely experts in anything. Her opinion wasn’t necessary, and she upset the legions of bloggers who promote her and her lifestyle company. What purpose did voicing that opinion have? Keep some things to yourself. And in the case of relationship arguments, that could be how you’re feeling at the moment.

7. Live with the Silence

Remembering that "Silence is golden" is a great way to end an argument. When it comes to the art of negotiation, silence is essential. Most people find awkward silences uncomfortable, but they are essential for processing thoughts and feelings, and making a decision. Trying to fill the silence can lead to you saying things that you don’t believe, or making things worse. Make your point, believe in it and don’t fill gaps.

Of course, there is no foolproof way to end an argument. If the other person isn’t interested in finding a solution or just wants to argue, nothing that you can do will make it a productive argument. These tactics will work for those important arguments, though. Do you have any great ways to end an argument? I’d love to hear them!