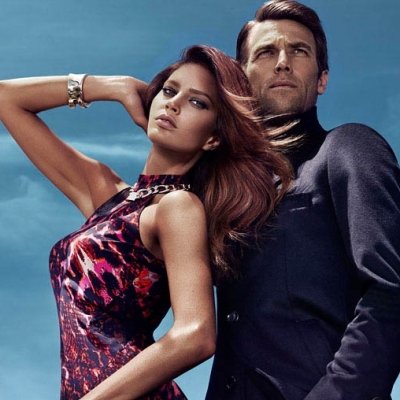 One of the key ways to figure out if it’s just sex is how hands on he is. Of course, everyone wants a boyfriend who finds them irresistible, and lots of physical contact is a great way to express that. There is a marked difference between the touching of a guy who wants sex, though, and the touching of a guy who wants something more. If it’s lots of hard flirting, subtle hip touches, eye contact, close standing…he’s probably not thinking with his romantic side. If he’s wanting something more, he’ll be certain to match that physical side with a caring side, and be actually interested in you.

If he’s in it for the long term, he’ll be happy to take it at your pace. Think holding hands, spending time together, having conversations... If he’s just trying to get you into bed, he’s likely to be much more focused on that. Don’t be fooled by text messages, or quick dates. Just judge based on whether he seems genuinely interested in you – and if you’re not sure, hold out. Good guys will wait.

Most guys say that they would avoid having regular contact with a girl that they didn’t want to date. That means not seeing each other more than a few times a week, and avoiding those long text conversations about nothing in particular. In short, they’d invest less time than they would if they were interested. If he’s only texting you to make plans or touch base now and again, his intentions might not be so good. And if he’s not involving his friends, he’s probably not too sure about the future.

Keep your wits about you on dates. Typically, if he’s being a bad influence, he’ll be bad news. That could be encouraging you to drink too much, or to go back to his… In general, while people shouldn’t judge you for getting into bed too quickly, it does leave you open to heartache. So take it easy, and watch his behavior, too. He should be helping you to have a good time, but also making sure that you’re within your comfort zone.

Meeting the parents is a big deal, and you shouldn’t expect it straight away. I mean, do you introduce every boyfriend to your parents? But if he’s dead against you meeting anyone, whether that’s parents, friends or siblings, it’s probably not a good sign. On the other hand, if he’s happy to involve you in his life, he’s probably interested in keeping you there.

In theory, you shouldn’t judge people by their reputations. But you can look out for reputations, and keep them in mind when you make your own judgement. For example, if you’re chatting with a guy who is a bit of a player, it would be wise to be looking out for anything potentially sleazy. If he’s upfront about having talked plenty of others into bed, it’s likely that he’ll try the same with you! It doesn’t mean not to talk to him, or to judge him, but just keep it in mind. You could save yourself some pain.

Men are, in general, the simpler sex. They are much more upfront about what they want. So, if 90% of his messages are about sex, or he regularly talks about wanting to bed you, that’s probably the only thing on his mind. If, on the other hand, your conversations are about future plans, current events, what you’re doing right now – demonstrating varied thought, basically – he’s probably not just planning on getting you in bed.

One of the most reliable ways to figure out if it’s just sex is to trust your intuition. Instinct is an incredible thing. It’s linked to your frontal cortex, one of the most developed areas of the brain, and it’s often right. So ask yourself if it feels right. And if you’ve got any doubts, niggles, if it’s just not feeling right, then walk away.

As you’ve probably guessed, these ways to figure out if it’s just sex aren’t foolproof. Some guys might try to play the system and confuse you, and some might be too shy to tell you how they really feel. But for the most part, these should help you figure out what his intentions are – so you can be sure that they match up to yours. Have you got a great way of telling if he’s in it for real? I’d love to hear it!