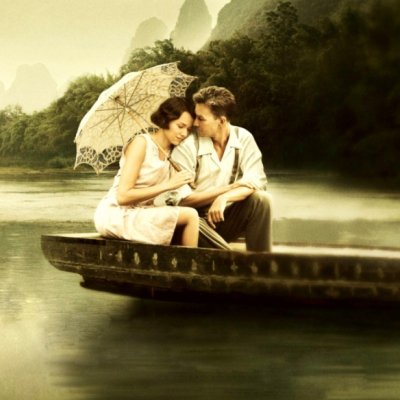 It doesn't matter what other people think, but it's still nice to know that others approve of your relationship. It'll give you a boost of happiness whenever you're feeling low. Plus, it'll remind you how lucky you are to have such an amazing partner. Here are a few ways to look like the cutest couple in town:

No one respects the couple that's always on top of each other, french kissing. However, you should still touch a little bit. If you're always a few feet away from each other, people won't even realize that you're an item. You need to strike a balance by doing sweet things that won't offend others, like holding hands and giving small pecks every once in a while. When you're out in public, give affection in moderation, and everyone will find you two adorable.

2. Really Know Each Other

If your friends ask you what your boyfriend's middle name is, and you have no clue, it won't look the greatest. You should get to know him inside and out. That way, you won't be playing the part of the cutest couple--you'll actually be the cutest couple.

You don't want to be the girl who can't hold a conversation unless it includes her boyfriend. However, you don't want to keep your friends out of the loop, either. When they ask about him, mention the sweet things he's done, but don't go overboard when bragging about him. If he really did something special, your friends will do the bragging for you.

No one will consider you a cute couple if you're never together. You don't want to intrude upon his "guy time," but if he invites you out with his buddies, accept the invitation. If your friends love him, then invite him to hang out with them, too. Most importantly, make sure you never forget to go out on dates. The more you go on, the healthier your relationship will be.

5. Do the Little Things

The little things can be just as special as the big ones. When you go out for dessert with your family, bring home an extra slice of cake for him. When you're shopping with your friends, buy him a shirt that you know he'll love. It'll keep your relationship strong.

It's always adorable to see a girl in her boyfriend's hoodie. If you're cold and he offers you his jacket, accept it. It's a cute way to let everyone know that you're together. More importantly, it'll have his scent on it, so you'll be comforted throughout the day, even when he's not around.

Here's the biggest way to show everyone just how adorable the two of you are. Post some pictures to Facebook or Instagram for the world to see. However, you don't want them to be fake, which means that you shouldn't take them for the sole purpose of posting them online. Instead, take candid pictures during a great date. That way, they'll be genuine, so it won't look like you're trying to brag.

Remember, at the end of the day, all that matters is how happy you are your partner are, not how happy others assume you are. But that doesn't mean you can't show off your cuteness! Do people compliment you and your boyfriend on being adorable together?