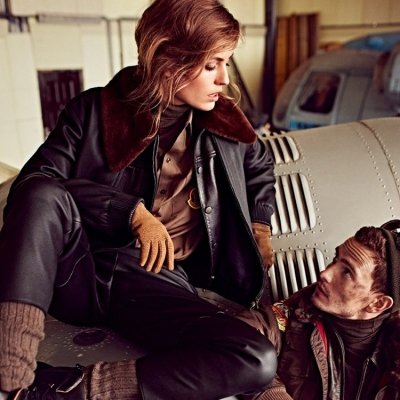 If your friend's boyfriend hits on you, don't be tempted to respond in a positive manner. Even if you fancy him, he's your friend's guy and therefore 100% out of bounds. It's bad enough that he's looking at other girls; if he does more than look that is on his conscience. Don't let it be on yours as well.

Make it absolutely clear to him that his behavior is unacceptable. Don't just edge away embarrassed; say 'don't do that again' or 'I am not interested.' You can also say that if he does do it again you will tell your friend; that may shame him into stopping his behavior.

Having your friend's guy make a move on you puts you in a very difficult position. Should you tell her or keep quiet and hope she works out for herself what he's like? The trouble is that, when told of their boyfriend's flirting, some women blame the person who tells them rather than the man himself. But it may be better that she hears what happens, even if she chooses not to believe it.

It can also be helpful to keep your distance and avoid being alone with him. This will deny him further opportunities to try hitting on you. Make sure that he doesn't have any chance to get you away from your friend, and if you run into him in public places simply exchange a brief greeting and carry on.

If you're uncertain what to do, put yourself in your friend's position. What do you think she'd like you to do? Would she rather know, even if she may be angry with you at first? If she's a good friend you should know her character well and if she's the kind of person who likes to know exactly what the situation is.

If you don't want to tell her straight out, there is another approach you can try. Ask her what she'd say to a friend whose boyfriend was hitting on her. She may realise that you're referring to her boyfriend; if she doesn't realise, says that she'd tell on him, but reacts angrily when you tell her what's going on, remind her if she said that she'd tell her friend.

7. Say It Straight out

Sometimes it's best to just say it straight out. It's not nice to have to be the bearer of bad news, and she may react badly. But you're not the one who's in the wrong - her boyfriend is. If she calms down and thinks rationally, she'll realise that she should be angry with him, not you. If she refuses to believe you, perhaps it's better to stay away for a while.

It's an unenviable position to be in, and you can't guarantee that you'll be believed if you tell your friend. But at the very least you should make it clear to the guy involved that his behavior is unacceptable. Have you ever been hit on by a friend's boyfriend, or has your guy done it to your friend?