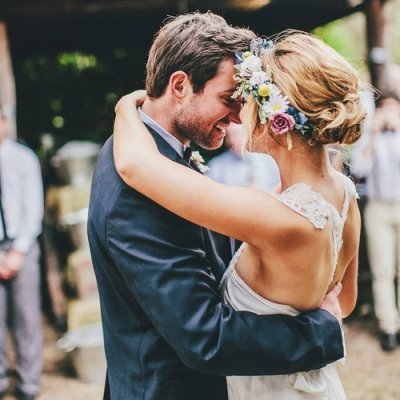 After you’ve been in a relationship for a while, those passionate kisses you shared so frequently at the beginning of your relationship can fade. They’re replaced by the sweet but simple brush of his lips against yours. There’s something to be said for being comfortable with those sorts of kisses but they don’t always invoke a lot of sexual desire. Give him a passionate kiss, maybe letting your body press up against his in the process. He’ll get the message.

This’s a fun one and one he can’t misunderstand. On a normal day, put on some of his favorite lingerie. Then walk into the room where he is, all the while being oh-so-casual about what you’re wearing. He’ll forget all about the game he’s watching. The only thing on his mind will be you.

This is a subtle way of letting him know you’re in the mood. Put on something that shows some cleavage and makes you feel sexy. Be sure to give him the opportunity for a good look. Maybe you need to bend down to pick up your book or you just happen to be dusting the coffee table he’s sitting behind. Catch him looking and give him a wink.

4. Have a Private Signal

This is something you can work out ahead of time. It’s a special way of communicating with each other that not all couples have. Work out some sort of signal to tell each other that you’re in the mood. Maybe you bite your bottom lip or play with your earring to let him know how you’re feeling. Once this is decided, you’ve always got a way to say it without saying it.

This one may be the oldest trick in the book. Gentle little kisses on his neck leave no question what you’re trying to tell him. Take your time and linger before moving on to the next spot. You can gently trail your way down to his chest and continue going as far as you’d like. He won’t have any objections.

6. Lead Him to the Bedroom

This is a simple way to let him know what you want. It’s very direct and a good one to choose if some of the more subtle ways haven’t got his attention. Take his hand and lead him to the bedroom. Give him your sexy smile on the way. He’ll know what you’re saying.

7. Let Him See You Changing Clothes

When you’re in a committed relationship, seeing each other change clothing is a normal, everyday part of that. But there are still ways you can make him notice you. Change a little slower than you usually do, making sure to give him a good view as you’re doing so. Give him a look that leaves no question what you’re doing. You probably won’t make it to getting redressed.

These are 7 ideas on how to tell your guy you’re in the mood without saying a word. Which ones do you plan to try? I’d love to hear from you.